This post comes from our DACW Live Breaks host Sean Cummins who spent some time as our Panel Host at our inaugural Nickel City Con! Here is what Sean had to say about the experience.

So it has been a little over a week since the inaugural Nickel City Con. I had the great pleasure of being the moderator for all of the panels.

I was in awe of the individuals that I was able to sit and talk with. I was able to listen to Sean Astin talk about his career. It is surreal to sit on stage with one of the Goonies. I watched the movie so many times that I’ve lost count. He was great with the crowd and made my job super easy.

Then there was the Comic Book Men who ripped me apart for my (not safe to repeat) questions. I could not have been more honored to be ripped by those guys. If you can’t take that kind of stuff then you should not have been at their panel. In the same vain Brian O’Halloran’s panel was so amazing I don’t think there is a single thing I could write that could go to print. It was one of those moments that you just had to be there. The only thing I can say is that is was the farthest thing from family friendly and everyone there was more than pleased. 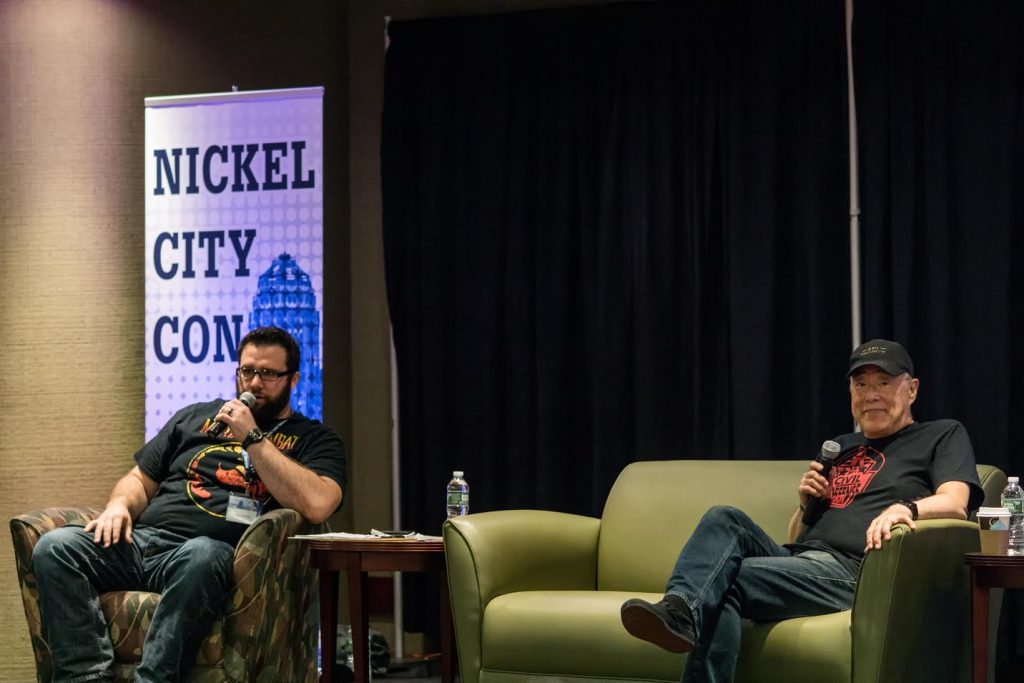 It wasn’t until after the 2nd day that I was able to complete a dream come true. Not only was I able to interview the man behind GI Joe, Larry Hama, I also had the pleasure to interview Snake Eyes himself, Ray Park. Larry shared how he started working by drawing shoes for a department store ad and how he was the only person that wanted to do GI Joe. Ray Park took the time to shake everyone’s hand that came to the panel. He then proceeded to take a group photo and before the night was over brought up a group of people on stage for some training. 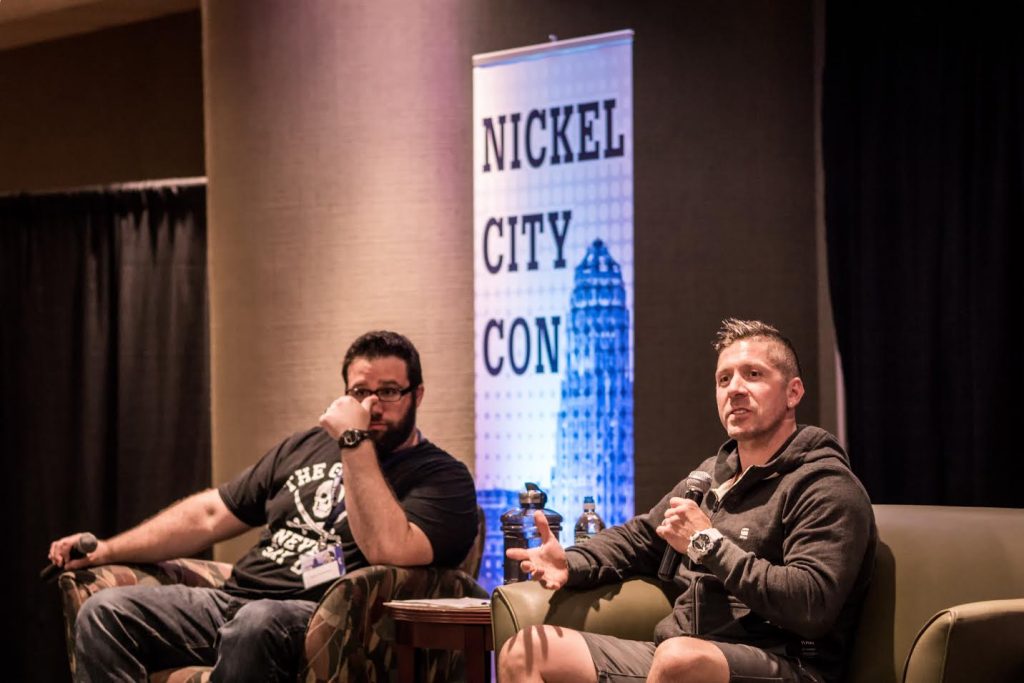 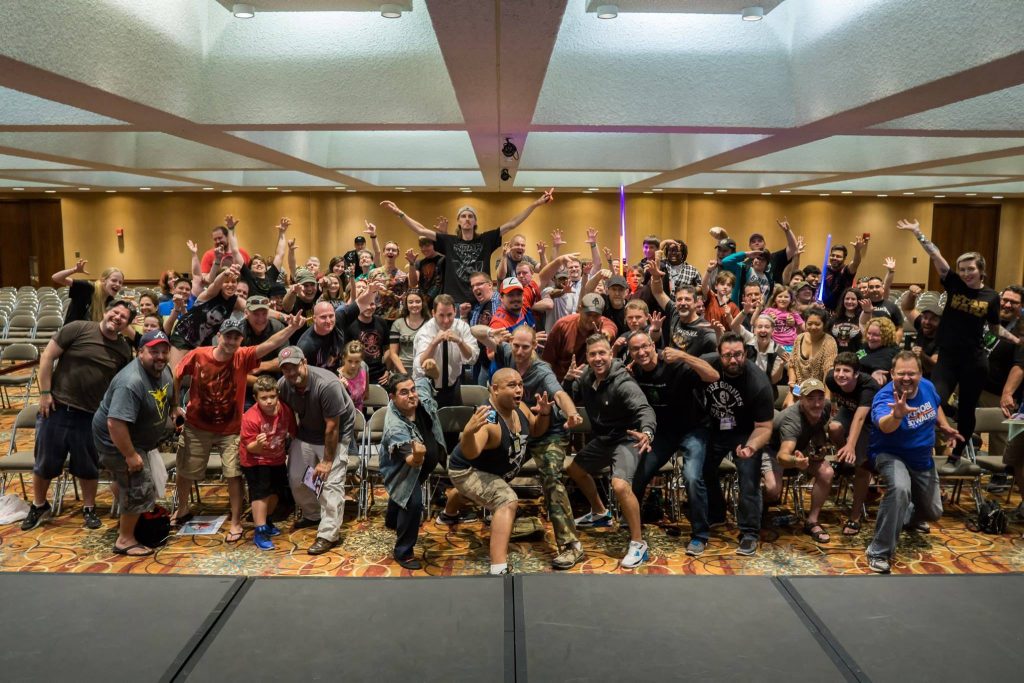 One of the funniest moments was when Brett Dalton, from Agents of Shield, came out without any introduction. We were able to do a redo and it was pretty funny. I also through him a curveball with my puppy photo shoot question. That set the tone for the panel and Brett took everything in stride and delivered one of the funniest panels of the show. 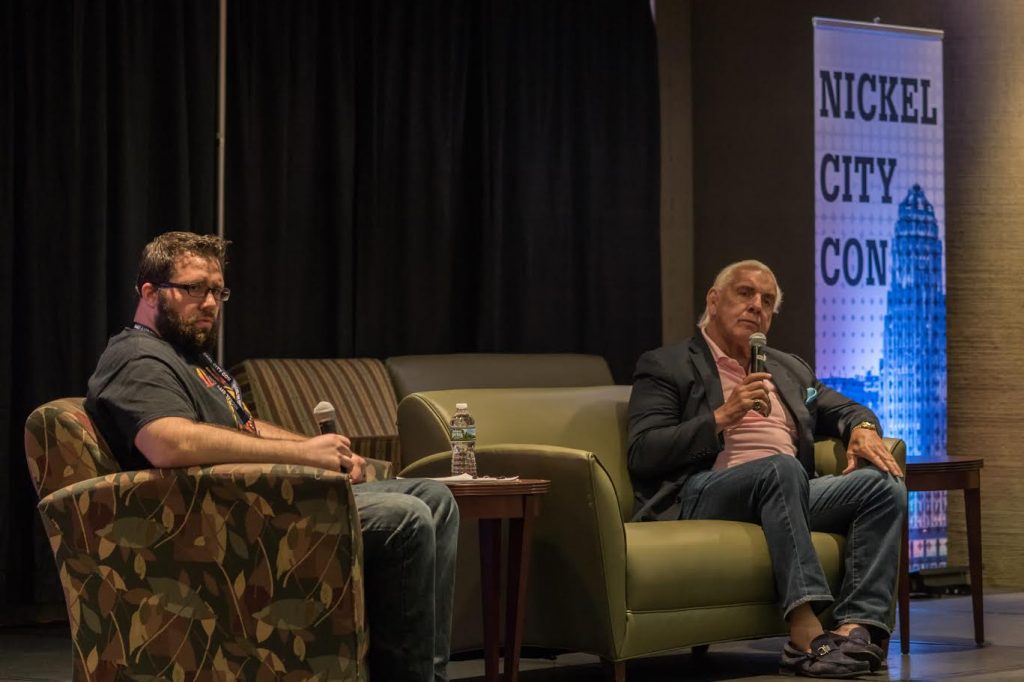 I don’t even know how to put into words what it was like sharing the stage with Ric Flair. He is a living legend of his sport. I had to refrain myself from challenging him to a match just so he could lock the figure four on me or toss me off the stage. He shared some great stories and received the loudest standing ovation of the two days. 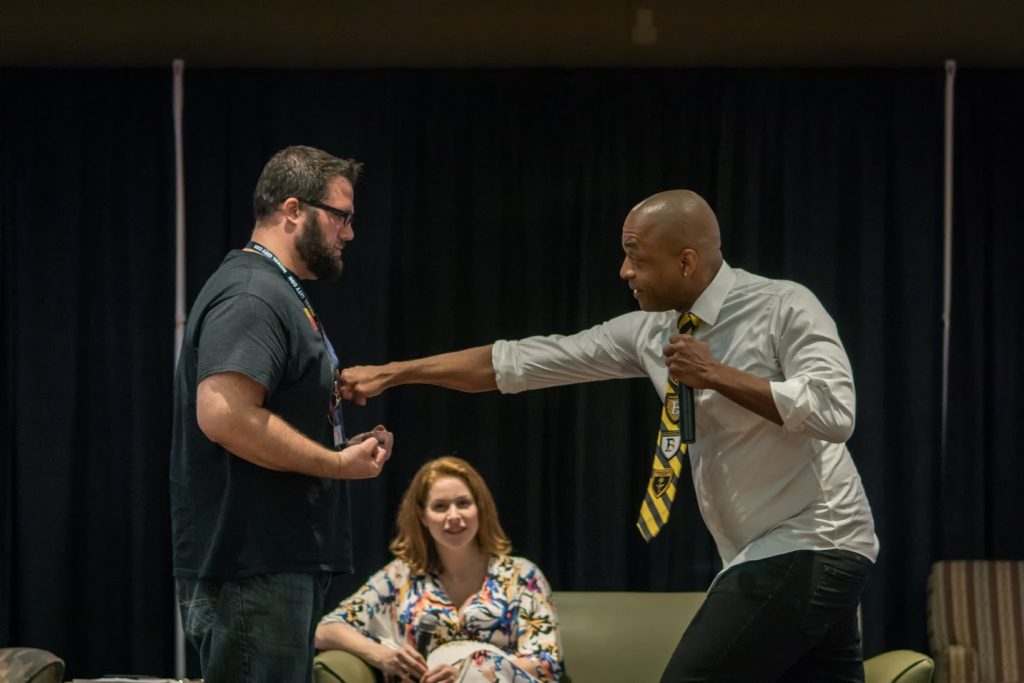 Finally I share with you the moment right before Rick Worthy ended my moderating days. I kid, but seriously he kept asking me to punch him. (Yes that is Esme Bianco watching this take place.) There was no way in the world I was going to do that. I made the mistake of wearing a Mortal Kombat shirt and then asking him if he still practiced Tae Kwon Do. Well I can tell you that yes he infact does still practice. Esme and Rick were fantastic during the Magicians panel. If you have not watched the show please check it out, if only to support these two fantastic individuals.

Well that is a recap of my 2 days. There were plenty of other panels that took place and other amazing things that happened over the weekend.  I hope to see you  May 19-21, 2017 at the  Buffalo Niagara Convention Center for the 2nd Nickel City Con. So far we have William Shatner and Sam Jones lined up!!