Blog Homepage \ Dave and Adams News \ My Drive to The National.

My Drive to The National. 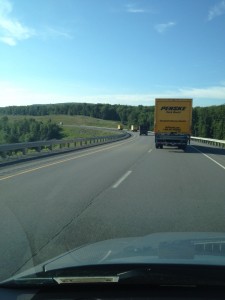 My drive down to Baltimore, Maryland was one I would never forget since it was basically seven hours in a car with Dave & Adam’s CEO Adam Martin. I wasn’t sure what to expect, or what we would get accomplished.  But one thing was certain, there wasn’t a quiet moment the whole time I arrived at the DACW offices early, around 3am, still awake from 10am the day before due to sheer worry that I wouldn’t wake up to my alarm. A call from Adam at 3:31 asking where I am was not something I was willing to consider. A black Porsche SUV came roaring in exactly at 3:30, just as Adam said he would and I gathered my bags. We were on our way to the Mecca of card shows, an event men wait and save their money all year for. It was my first one, so I had no clue what to expect.

Right away I was listening to stories of past shows and how Adam got started in the business. I found it beneficial since I was just starting out in the good ‘ol ball card business but I was also relieved since I struggled for weeks thinking about what I would talk to the guy about.

Unfortunately, I can’t write about anything that Adam told me. Not because I don’t want to but because I can’t. But if you ever want to hear a good story, show up at Nowak’s Bar in Sloan, NY at 9:42 pm on the second Monday after the Buffalo Bills win their second Super Bowl. If you can do that then I will chat away.

We arrived in Baltimore early with our 4 truckloads carrying 30 pallets of cards, tables, chairs and shelves close in tow. Our booth was in a prime spot. All within an arms reach of Topps, Upper Deck and Panini so right away we knew some good redemption stations were needed.

We were ready to unload and tarp the booth up for the night, anxious to set out into the Baltimore night and forget about the 7 hours we spent in a car with people we know little about. The only problem was that we were not allowed to touch anything, but the convention center fork lift driver could. So after waiting a painful 2 hours in the hot garage of the old building we finally started unloading our bounty. The pallets looked good lined up but it also let us know that Tuesday would be a long day of setting up.

2012 Topps Football Kicks Off August 8th and it is LOADED!
Chasing Gold: Collecting the Athletes of the 2012 Summer Olympics