Pulling an autograph out of a pack is a great feeling, knowing you have picked the lucky one out of a whole box. Pulling three autographs however is nothing short of lucky!!

With the release of 2011/12 SP Authentic Hockey and the ever so popular 2011/12 SP Game Used still on the shelves, the retail stores are sure to have Hit of the Month entries rolling in daily.

Owen stopped into the Transit store hungry for more after his Tim Thomas pull over the weekend and he ended up hitting it big! 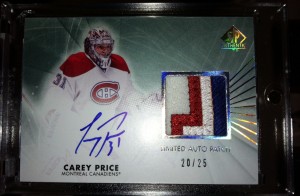 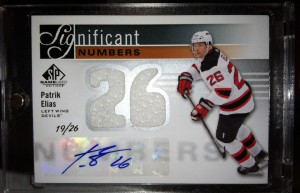 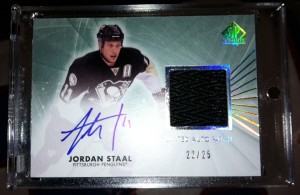 The hockey products from Upper Deck are a huge hit among our retail stores and as you can see from previous entries, SP Game Used is the hot item. 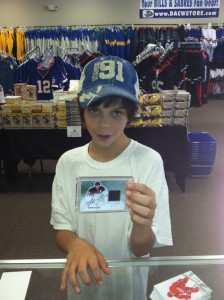 You are on a roll Owen!! Make sure you take that stack of commons home!!