It’s been a little while since we last checked in with our Friday Night Magic winners, so why don’t we jump right in with our top players from two weeks ago. Our Standard champion that night was Rob Imbs:

Rob was battling with an Abzan Control/Midrange deck. Rob used cards like Murderous Cut, the old standby Siege Rhino, the newly-printed Dromoka’s Command, and the newly-reprinted Ultimate Price to stabilize and control the board until his opponents are out of threats, letting his Rhinos or Planeswalkers finish the job. Rob wasn’t afraid to try out new cards the first day they were legal, especially in his sideboard, including Sidisi, Undead Vizier, Dragonlord Dromoka and Dromoka’s Command in his 75.

Up next was our 2nd place finisher in our Modern side of that week, Alex Macdonald, with his Red/Green Tron deck:

Tron decks look to play the three “Urzatron” lands (Urza’s Mine, Urza’s Power Plant and Urza’s Tower) as soon as possible to be able to play big-mana, colorless threats as soon as turn three. Karn Liberated is a hard thing to get through on turn seven, let alone turn three. Alex also wasn’t afraid to try out some new cards in his list, as he was running two of the newest colorless Planeswalker, Ugin, the Spirit Dragon, from Fate Reforged. Ugin currently has a home in the Blue/Black and Abzan control lists in Standard, but is objectively powerful enough to make a splash in other formats as well, especially if ramped out as early as turn four.

Moving on to more recent events, we have our Modern winner from this past weekend, Joe Santini, who was running “Pod-less Pod”. 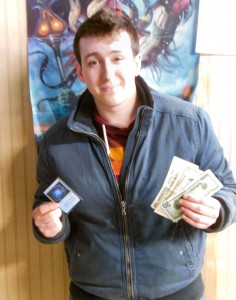 2x Knight of the Reliquary

Ever since Birthing Pod was banned in Modern, players have been looking for a way to abuse the “Creatures you control can’t have -1/-1 counters placed on them” clause on Melira, Sylvok Outcast. Back when the deck was running rampant over Modern the combo of choice was Melira + Kitchen Finks/Murderous Redcap + Viscera Seer to equal an arbitrarily large amount of life gained (Finks) or an arbitrarily large amount of damage dealt (Redcap). Players have been trying to make this work ever since the bannings in more of a value shell, going for hard to deal with or more efficient creatures, while still having the backup plan of comboing off with Melira.

An interesting innovation with the deck from Dragons of Tarkir is the singleton Anafenza, Kin-Tree Spirit. This incarnation of Anafenza allows the deck to continue playing its value game, potentially trading-up with his opponent’s costlier cards while still threatening the combo using the Bolster ability. Joe’s deck seems specifically tuned to beat Affinity, as he has maindeck two Qasali Pridemage, as well as a potential 9 sideboard slots which he can bring in between games.

Lastly we have our Standard winner from this past weekend, Jonathan Notto, who was running G/r Devotion:

1x Nylea, God of the Hunt

Jonathan’s Green-Red devotion deck has been popular among competitive players recently, and versions of the deck even did well at Pro Tour Dragons of Tarkir in Brussels last weekend. The goal of the deck is to play large threat after large threat, well above curve using ramp from Elvish Mystic, Nykthos, Shrine to Nyx, Voyaging Satyr and Karametra’s Acolyte. The last two even produce a neat little infinite Mana combo using Temur Sabertooth and Hammer of Purphoros. The deck seems well set up for the mid-game, as well as being well positioned against aggro decks. A turn 3 Polukranos, World Eater or being able to mid-combat Chord of Calling a Hornet Nest into play seems like a nightmare for any aggressive deck to deal with.

What will we see going forward in terms of new cards making an impact on established formats? Will Dragons of Tarkir cards find a home in any eternal formats? Come to Dave and Adam’s Transit Road location every Friday night to find out. 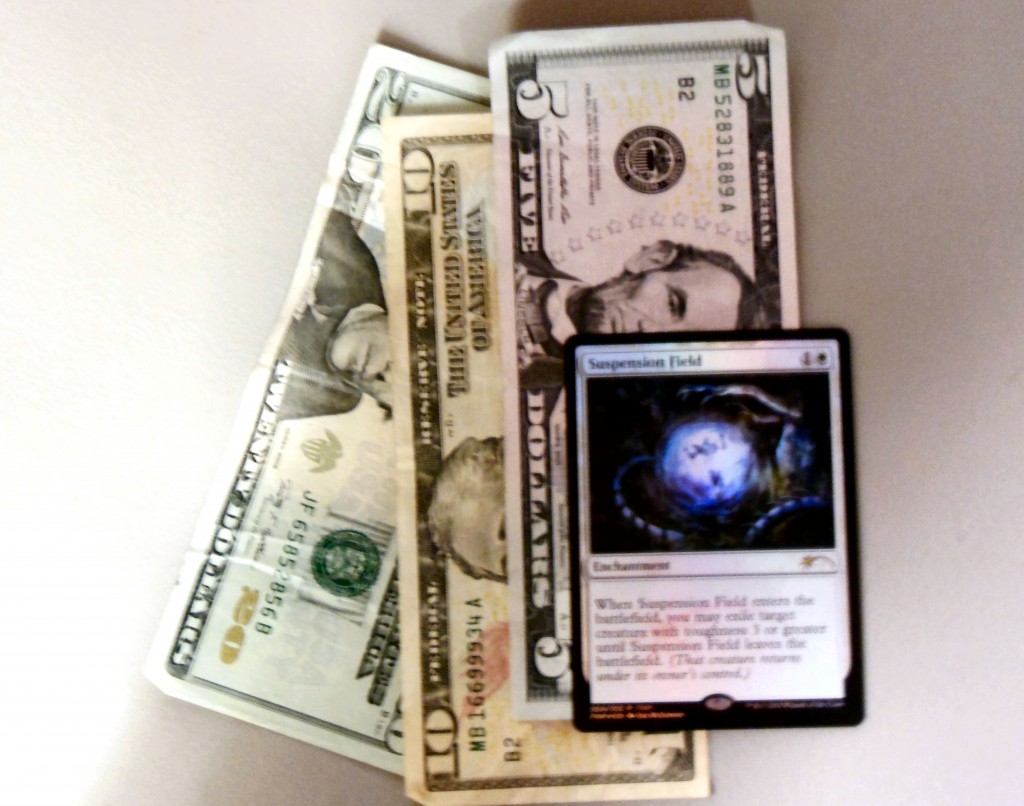