Hey everyone! We’re back in business after a crazy past few weeks, and I’m here to give you the run-down of all the amazing hits that you may have missed or just want to see again from our extremely successful National Break Promotion! But first, Sean and I want to say THANK YOU to all of the participants that made this 2016 National more successful than we could have possibly imagined! We broke an unimaginable 72 cases over 5 days! Not to mention the dozens of personal breaks we had! We really knocked it out of the park and it couldn’t have happened without our loyal customers. The success of this really gets us pumped for what’s in store for you guys in the future!

One last thing! I want to congratulate the winners of our (remember my idea) FREE SPOTS FOR A YEAR winners! Each of them has won a spot in a break each month for the coming year. It will be interesting to see what hits these guys will rack up going forward!

On to the hits! I’ll be showing the best of the best from each sport separately.

Let’s start out with our best baseball hits from National. Every year during the National convention we see a few new releases hit the shelves and make the chase even more enhanced and we got a bit of a treat with the release of 2016 Topps Chrome Baseball coming a little earlier than past releases and hitting shelves the Wednesday of the National. So, 2016 Topps Chrome was easily one of my favorite products released and was a lot of fun to open, however Topps was not able to insert Carlos Correa rookie autos into the set before pack-out began so they are one of the main chase cards in this year’s set! Lo and behold we were able to snag two of them in our case break! It was no doubt one of the best breaks of the week. Along with those we were able to pull an illusive Ichiro auto from 2016 Legacies Baseball who was able to get his 3,000th hit on the last day of the National! Grabbing three 1/1 printing plate autos from 2016 Supreme Baseball and a fantastic 1/1 jumbo relic auto from 2016 Inception capped off a great week of baseball pulls right as the playoff races started to really heat up! 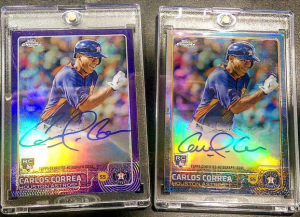 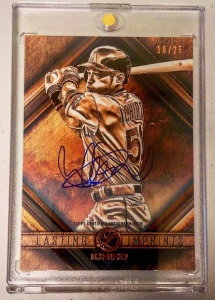 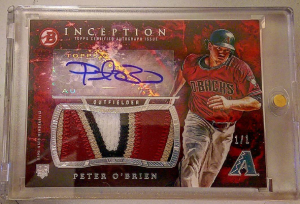 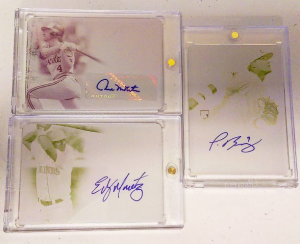 Next up, basketball! Our basketball breaks were far and away our best sellers of the week and we pulled some really great hits out of them. Let’s start with the GOAT, Michael Jordan. He is still the king in the hobby and you can only find him in Upper Deck Basketball products. Since there aren’t as many of those as there used to be we had to make our Upper Deck Basketball National breaks count! Boy did our 2014/15 Upper Deck SP Authentic Basketball case deliver! Not only did we pull an awesome “Old School” Jordan insert auto but we also snagged the always popular Jordan Jambalaya insert! Talk about killing it! Obviously, our Panini Basketball breaks were quite impressive too most notably our case break of 2015/16 Limited Basketball which featured TWO triple autos one being Kobe/Kyrie/Durant and the other being a throwback 1/1 to the 90s Knicks of Oakley/Jackson/Newman! That might have been the best break of the week and almost unfairly outshines our great breaks of 2015/16 Noir basketball where this awesome RPA of Devin Booker came from and 2013/14 Signatures which just so happened to have a 1/1 of that Steph Curry guy. 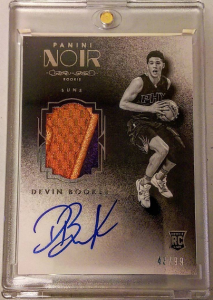 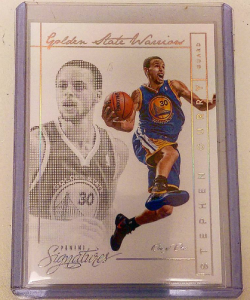 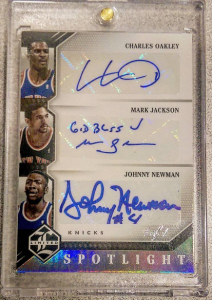 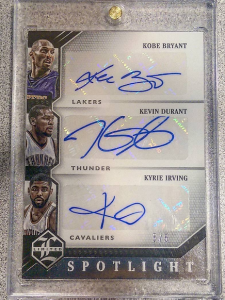 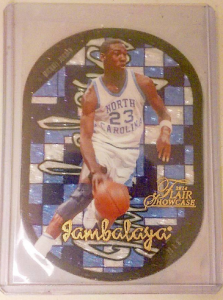 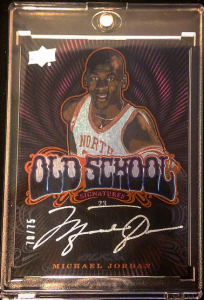 On to the gridiron! The NFL season was supposed to kickoff on the Saturday of the National but putting paint-thinner on a football field isn’t the brightest idea so we were spared the gripping action that was the Hall of Fame game. No doubt all of our football breaks of the week would have been more fun to watch had it been played especially when the best hit of the week came from one of them! Our past ventures of 2016 Prime Signatures had been a bit underwhelming until we unearthed the monster quad auto of Elway/Davis/Smith/Sharpe! It came out of nowhere and knocked Sean and I as well as everyone watching out. We literally were gushing over it for a solid few minutes on air. You just don’t see cards like those everyday and it was really something special. Of course yours truly pulled it. Our case break of 2015 Flawless was maybe better value-wise since we pulled a huge Mariota auto and a stunning Mike Singletary 1/1 relic auto. It was a bit quiet on the front of big 2016 rookie hits but we got a great Jared Goff tag from 2016 Clear Vision (sorry for the bad picture…isn’t it ironic…don’t ya think). Lastly, I do want to give credit to the 1/1 Geno Smith RPA from 2013 Totally Certified, as I said on Instagram it really is jaw-dropping (pun intended) and it’s a shame that it was pulled so late. He’s still young and we’ve seen plenty of quarterbacks have success in their second team. (Just to be clear I am NOT rooting for the Jets here only for this card to attain the value it deserves!) 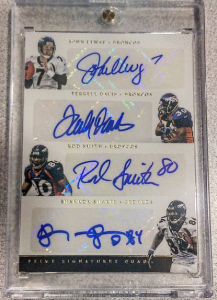 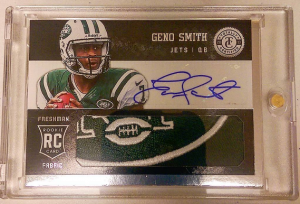 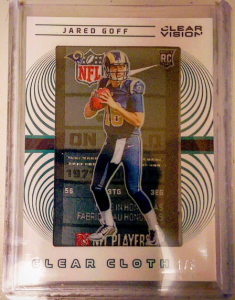 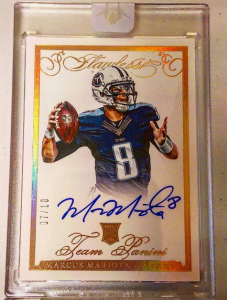 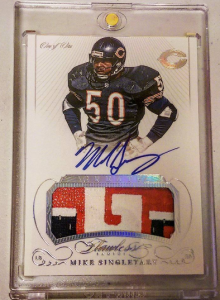 Last, but certainly not the least is our hockey hits. While the beginning of August is the absolute dead period in hockey we were able to get the release of 2015/16 Upper Deck Black so that really livened up our hockey guys. We saw a ton of absolutely filthy relics come out of Black namely a 2/5 Skate relic of The Great One himself, and 3/5 jumbo prime relic of rookie phenom Max Domi. We also were able to get a beautiful Aaron Ekblad jumbo prime relic auto. I have to say Upper Deck Black may have some of the best hits of the year in it. Our break of 2014/15 Premier Hockey which was the darling of the 2015 National was also pretty solid. Maybe the most impressive hit was from our 2014/15 Ultimate Collection Hockey break with the Obsidian Patch auto of none other than Shayne Gostisbehere! He was a complete unknown at release last year but now he’s a main chase card! Goes to show you can never give up on your rookie cards. 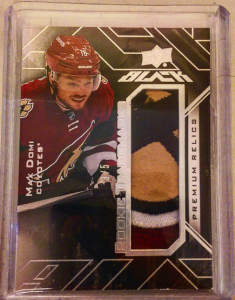 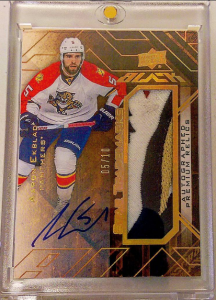 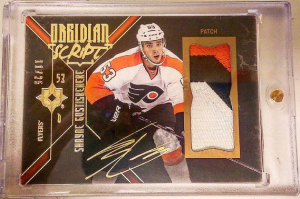 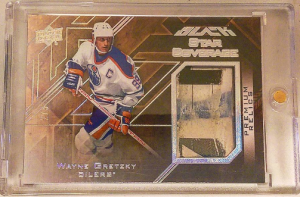 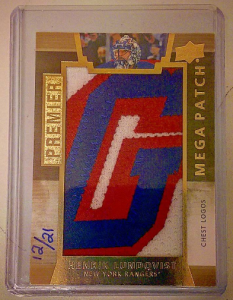 That wraps up our recap of the 2016 National! Once again we can’t thank everyone who participated enough! We look forward to all the great breaks that Sean and I will be bringing you over the coming months.

Dave and Adam's is one of the largest sellers of trading cards and collectibles in the world. Located just outside of Buffalo NY, the company operates two retail stores as well as the e-commerce website www.dacardworld.com
View all posts by Dave and Adam's Card World →
Nickel City Con Celebrity Panel Recap
#DACWPulls – 2015/16 Upper Deck Hockey Case Hits!