It’s the General Mills Plant, It’s a chicken wing, No It’s Nickel City Con! That’s right folks, beat the heat of the summer streets by joining us Aug. 13 and 14 at the Buffalo Niagara Convention Center for the biggest comic con show Western New York has ever seen.

If that doesn’t entice you then maybe our line up of celebrities will. Names like Wrestling Legend Ric Flair, Actors Sean Astin, Ray Park, Christopher McDonald and Comic Artist Neal Adams will make this weekend’s show a can’t miss. 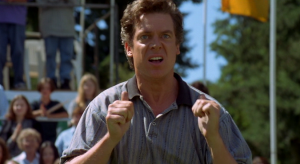 Don’t fret you’ll get your opportunity to meet these and other celebrities at the show.

Show goers will have a chance to purchase these celebrities autographs, along with photo ops and celebrity panels where patrons will be able to ask our celebrity guests questions. 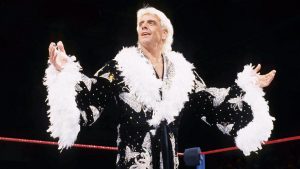 Dig out all your arts and crafts supplies and assemble the most elaborate and superlative costumes you can think of, it will be rewarded in our cosplay contest.

On Saturday at 5 p.m. there will be the adult cosplay contest, with first prize receiving $350, second place receiving $100 and third place getting $50.

Adults can’t have all the fun, make sure to bring the kids too.

Sunday at 3 p.m. will be the kid’s portion of the contest. Here’s how the prizes will break down for the little ones. All prizes for the kids will be given out in the form of Dave and Adam’s gift cards. First place will get $200, second place receives $100 and third will receive $50.

Every great superhero has a source for their superpowers and Nickel City Con has a power source as well. It comes in the form of our great sponsorship from the Buffalo Bills, Buffalo Sabres and First Niagara Bank. They are doing their part in making this event one for the ages. 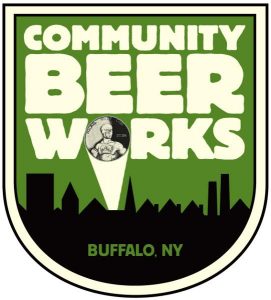 Alright that’s a lot of information to take in all at once. You’re probably parched. Bring that thirst to the show as Community Beer Works has brewed the Wizard Needs Beer Badly beer specifically for Nickel City Con.

If you thought this couldn’t get any better take a deep breath and try to contain your excitement as we’ve already got another installment of the Nickel City Con coming your way on May 19 through the 21 of 2017.

We’re not holding back as we will feature William Shatner as one of our headlining guests at next year’s show.

“Nickel City Con will have something for everyone. From families to enthusiasts, and everyone in between, this is going to be an experience you won’t want to miss.”

That’s coming from Adam himself so take his word for it don’t miss out on this action packed weekend.