What’s Up in The Lounge – February 24

By Dave and Adam's Card World on February 24, 2016 in DACW Live Breaks

This past Thursday we saw the much anticipated release of 2015-16 Upper Deck Series 2 Hockey! Jack Eichel finally got his due as his Young Guns rookie cards were prominently featured. We have pulled nine Eichel Young Guns in the Lounge since Series 2 came out! 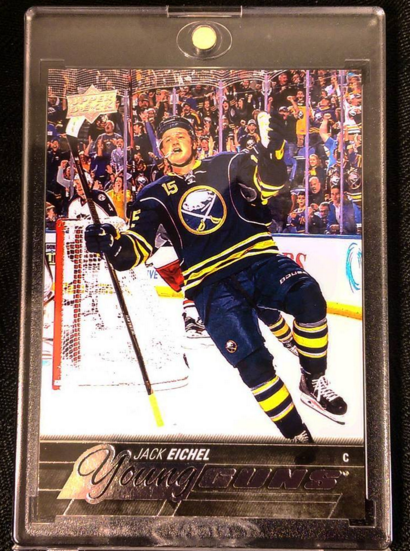 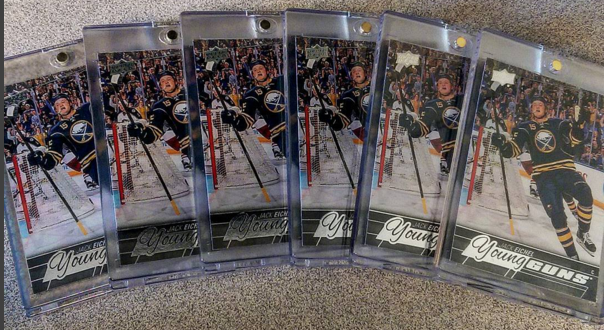 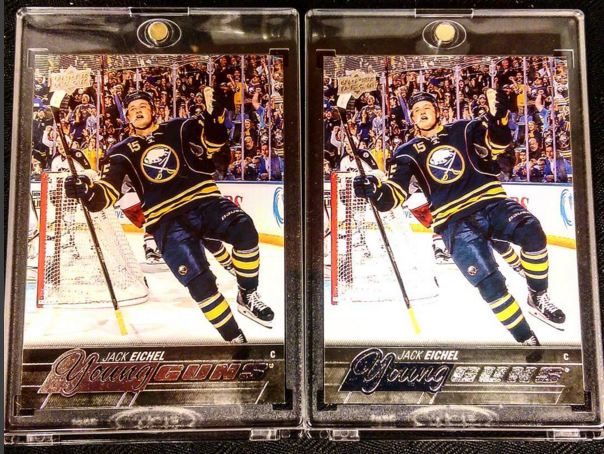 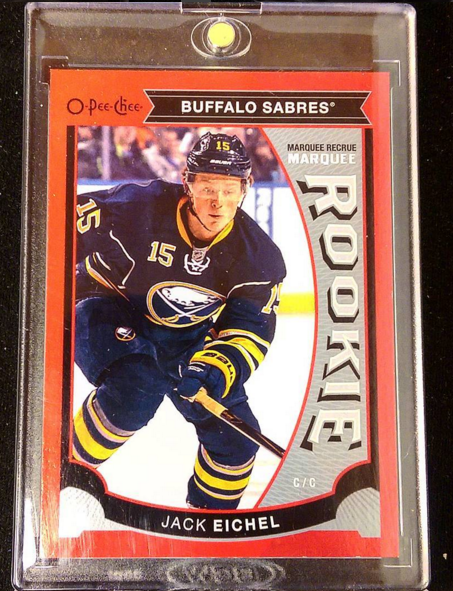 Connor McDavid Young Gun Canvas cards also debuted in Series 2. We’ve pulled two so far, including one in our first case. It’s been a little bit easier to find the McDavid UD Canvas Young Gun compare to Series 1 as it took us about six cases to pull our only Jack Eichel Canvas Young Guns. We pulled a bunch of really cool hits along the way that made breaking these a real joy (aside from the fact most of it was with Dave Buchanan). 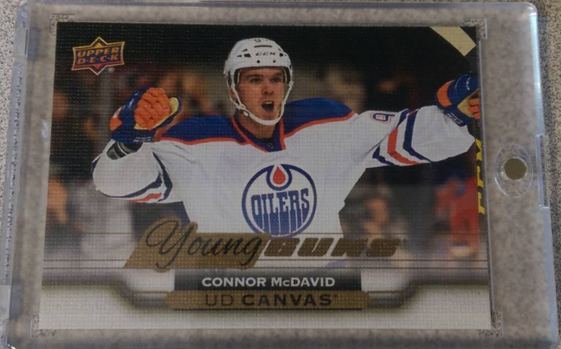 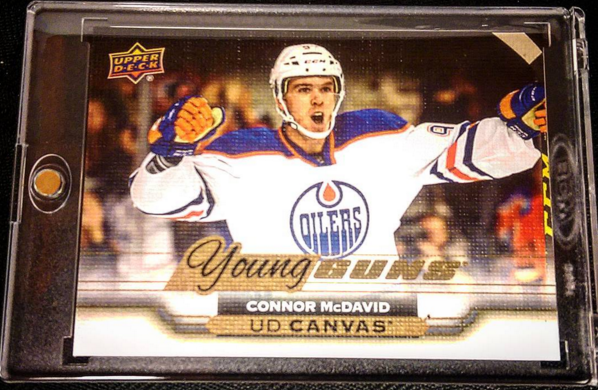 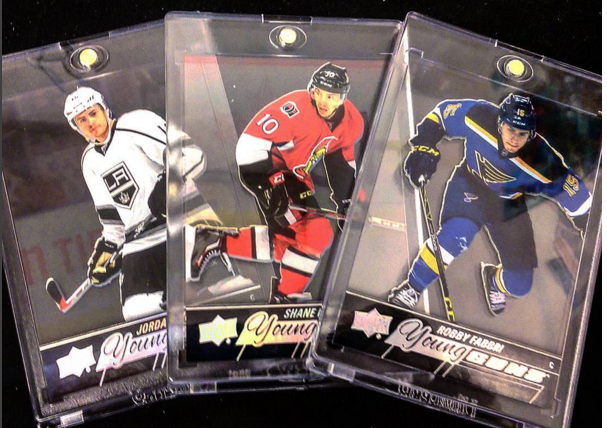 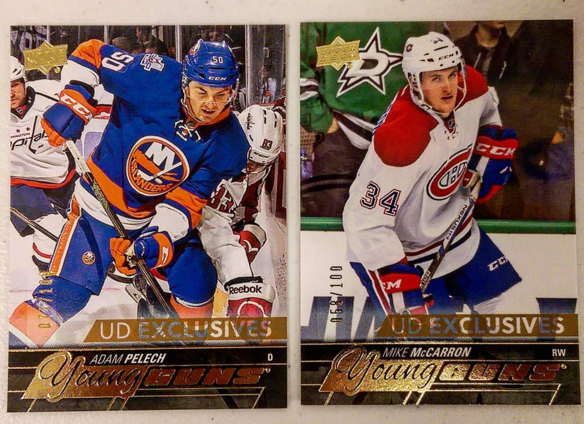 The Masters Golf Tournament is closer than you think (April 7th) and it will kick off the first of the 2016 PGA Majors. Some of our customers are getting into the season with some golf breaks. Here are some absolutely filthy hits from both 2014 Upper Deck SP Authentic and SP Game Used Golf. Hopefully we will see a 2016 set from Upper Deck featuring Jordan Speith Rookies! 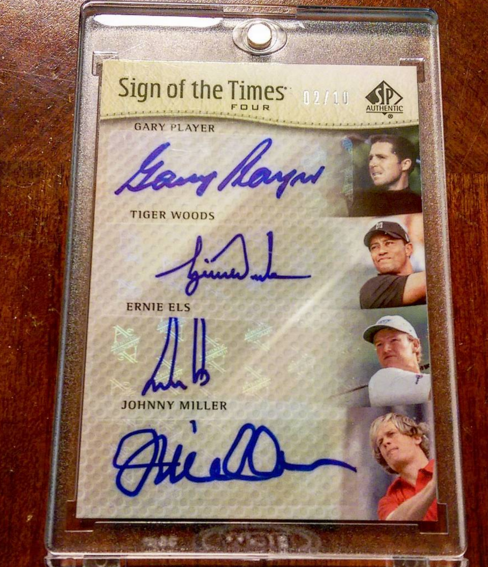 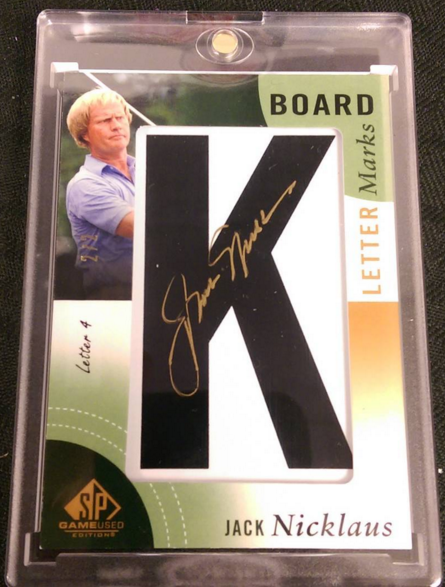 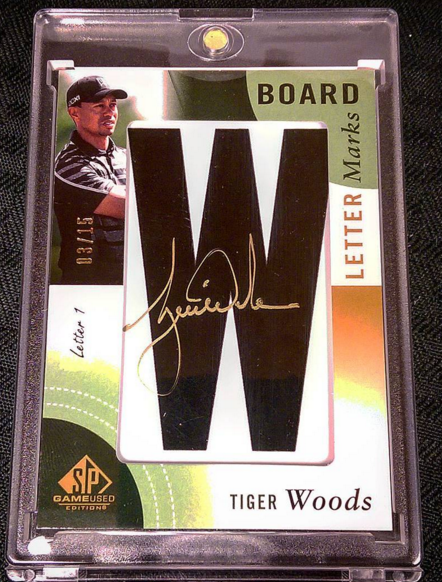 And my favorite hit of the week comes from the brand new 2015-16 Panini Gold Standard Basketball. A 1/1 Emmanuel Mudiay Logoman Tag RPA totally stole the show when we broke a case last Wednesday.

There is a second case break of 2015-16 Panini Gold Standard Basketball up on our page with some spots left! Grab one! We also currently have a SP Game Used group break available I would highly recommend snagging a spot!

Dave and Adam's is one of the largest sellers of trading cards and collectibles in the world. Located just outside of Buffalo NY, the company operates two retail stores as well as the e-commerce website www.dacardworld.com
View all posts by Dave and Adam's Card World →
Panini to produce NASCAR trading cards
Dave & Adam’s to be at Wizard World Cleveland this weekend