What’s Up in the DACW Live Lounge – September 16th

By Dave and Adam's Card World on September 16, 2016 in DACW Live Breaks

Big week in the hobby as 2016 Bowman Chrome Baseball hit the shelves. As you may already know, Bowman Chrome is no question one of the biggest baseball releases each year and is an absolute pillar within the hobby. Every year a new crop of hot prospects debut with their Bowman Chrome cards and recent are call ups to the majors have their official Bowman Chrome rookie cards released. It’s an exciting time trying to chase the prospects whose cards could reach the tens of thousands of dollars range one day and sorting through the rainbow of colored refractor parallel cards that flood the market. I think the best part about Bowman Chrome products is that the value of the cards is always in flux. When the product initially releases there are some hot ticket prospects to look for but quite often these guys don’t pan out in the majors or straight up don’t make it. While players that you assume are just not going to make it end up becoming superstars!

Now on to our breaks of it, which I would have to say were quite exceptional. Bowman answered our prayers and really cut down on the cards this year featuring a Topps Finest-esque Hobby edition and a super slimmed down Jumbo edition that is referred to as “HTA Vending”. Cases went from over 2000 cards to well under 1000, this drastic cut means that huge hits are much more realistic to find and I believe that was a huge reason we pulled these monsters! The crown jewel of which is the 2/5 red refractor parallel auto of Corey Seager. Seager has been on a torrid pace in his first season in the bigs and is close to Kris Bryant level frenzy; this card needs to get graded ASAP and will be a phenomenal investment card! The other two orange parallels of Lucas Giolito and Jose Berrios are no slouches when it comes to pulls of top prospects. While they are not fully established their ceiling is very high on their potential values in the majors and on the secondhand market 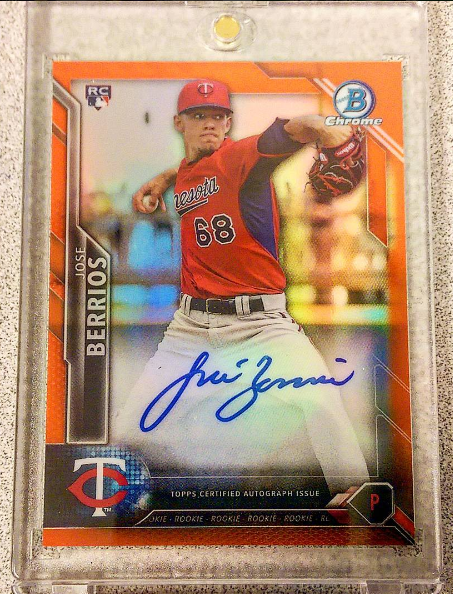 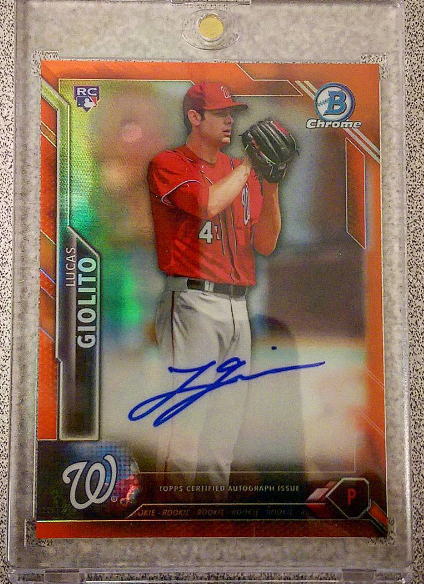 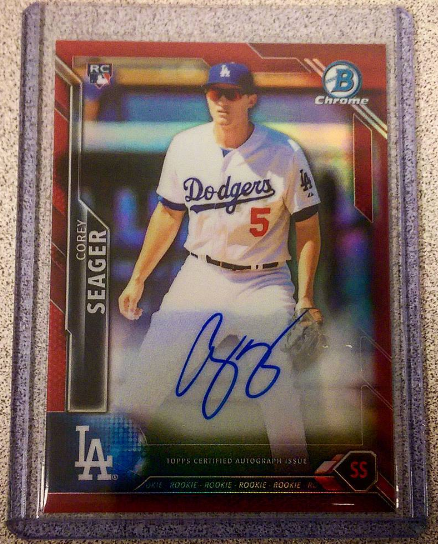 Time to pat myself on the back a little as I spoke about Sean’s great football mixer, I myself had a pretty awesome hockey mixer the other day that unearthed these huge pulls of Dylan Larkin and Matt Murray!

I’ll start with the Murray as it was pulled out of 2015/16 SP Authentic Hockey and was the first UD Exclusives Young Gun pulled out of all of the SP Authentic Hockey we’ve opened this year. Usually in SP Authentic you will see an updated set of Young Guns of rookies that premiered after the release of Series Two. This year the “YG” to chase was of the Stanley Cup winning goalie, it’s quite similar to what we saw in the hobby last year with Andrew “The Hamburglar” Hammond, but the stakes were raised quite a bit with the Cup win. After missing out on UD Exclusives pulls of McDavid, Domi, Larkin, and Eichel it was a nice way to cap off the 2015/16 season.

On to the Larkin…man that one literally left me speechless when I pulled it, and really shows off the true greatness that can be seen within 2015/16 Black Hockey. Our little buddy Reese had been let down by me in the last couple breaks but this hit was said to put me into his good graces for a year. It’s good to know that I am able to make a positive impact on people’s lives. 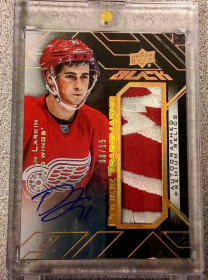 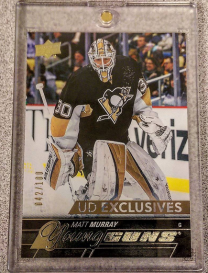 My favorite hit of the week is no question a bit of a homer pick, but that’s the point of it being my favorite! We snagged this really cool 1/1 Reggie Ragland base parallel from our Week Two break of Unparalleled Football. It’s quite the divisive product as some love the crazy refractors (me) while it hurts others eyes (Sean). It’s probably just a generational thing as Sean is about as close to a crotchety old man as a 33 year old can get, while I’m the hip young trend-setter. 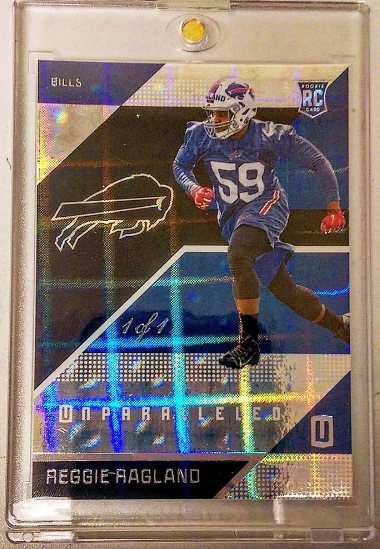 That just about wraps up this edition! Be sure to get involved in our Week Three Football breaks and check our all of our other great pulls not mentioned on our Instagram page!

Dave and Adam's is one of the largest sellers of trading cards and collectibles in the world. Located just outside of Buffalo NY, the company operates two retail stores as well as the e-commerce website www.dacardworld.com
View all posts by Dave and Adam's Card World →
What’s Up in the DACW Live Lounge – September 7th
Dave & Adam’s Video Game & Toy Buyers Headed to Cincinnati Comic Expo