What’s Up in the DACW Live Lounge – October 5th

By Dave and Adam's Card World on October 5, 2016 in DACW Live Breaks

I’m not going to lie to you this is going to be a (mostly) baseball write-up. So if you don’t like baseball cards or you think baseball is “boring” I will spare you the grief. October means MLB Playoffs and we’ve been getting some amazing hits from great Topps and Bowman products.

We will start out with the big new release of 2016 Topps Triple Threads! Triple Threads is a true staple in the collecting world and is always a highly anticipated release. I want to say that since this year we will only see a baseball release of it Topps pumped it up with tons of great hits. “Threads” is known for its great variety of big hits whether it’s a wood-grain parallel, ruby 1/1, booklet, or the legendary “white whales.”  As you could imagine we crushed it pulling multiple hits of each and just getting one great hit after another. It’s such a fun product since there are so many great hits in it as well as the many quirky die-cut messages in the relics.

The two Stroman wood parallels were pulled in back to back cases on the day he is scheduled to start in the AL Wild Card playoff game. So his performance is no doubt the result of our doing (since this was written prior to the game).

I was especially pumped to finally pull a Kevin Costner auto. Topps has featured several limited Crash Davis autos from “Bull Durham” that have eluded me through the whole year. Thankfully it came to an end in Triple Threads. Even though I’ve never seen the movie (I’ll get around to it) I feel like I owe it to you guys to pull these types of cards. Whether it was Will Farrell last year or Charlie Sheen the year before I mandate myself to pull at least one each year. 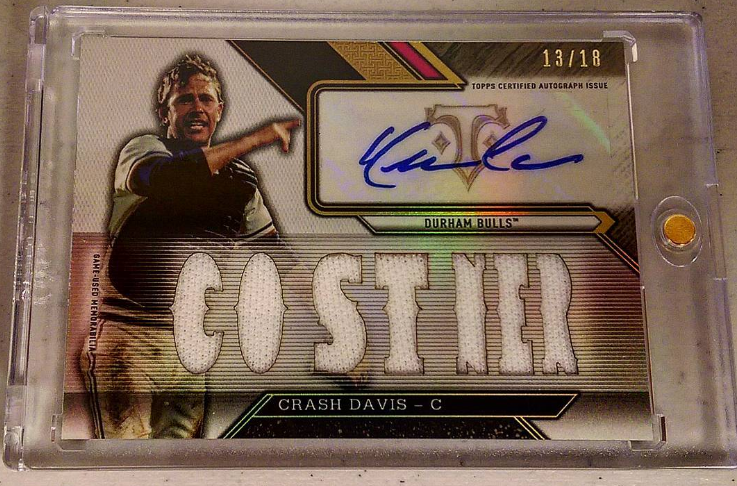 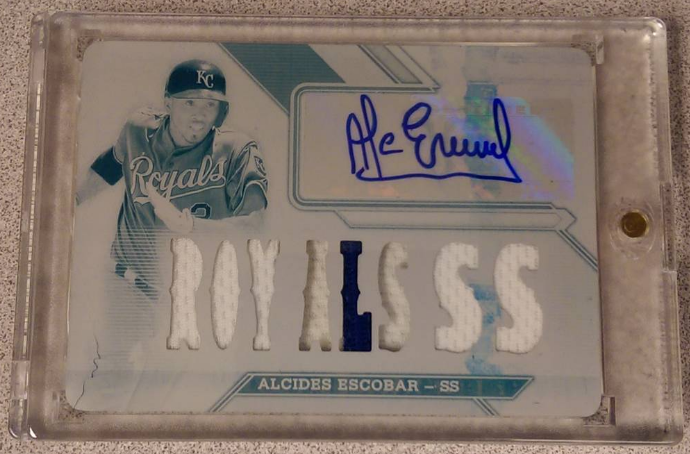 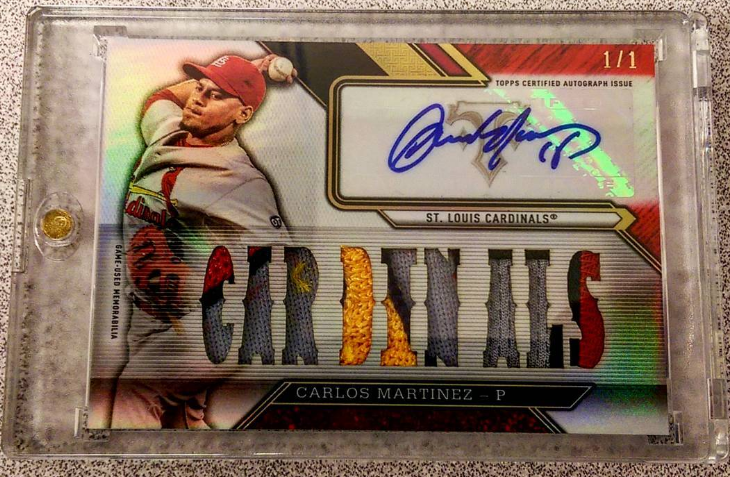 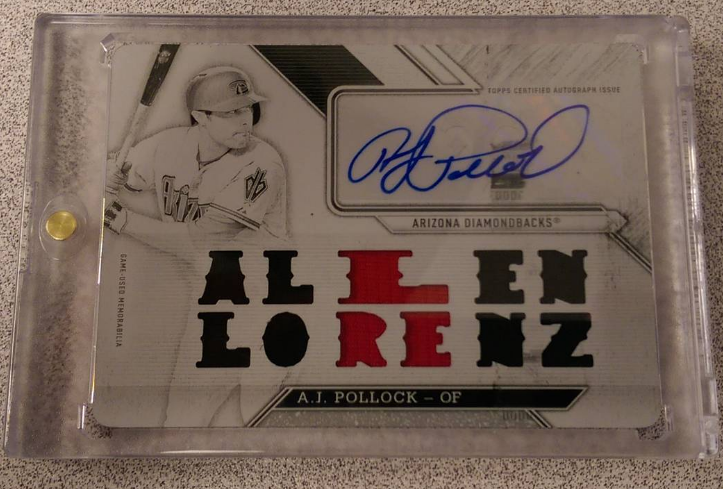 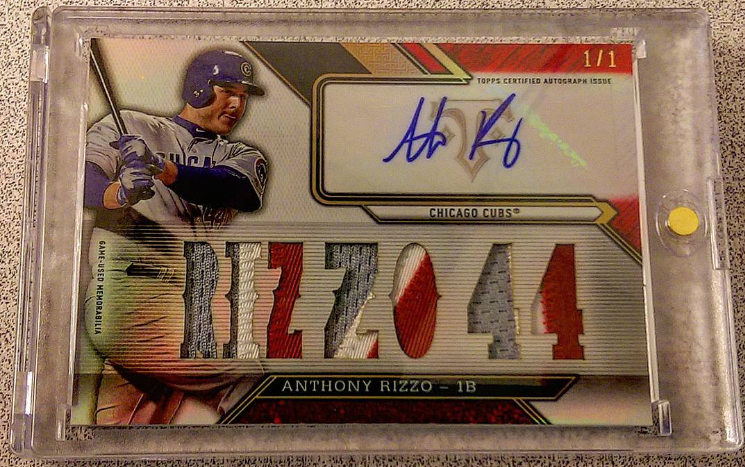 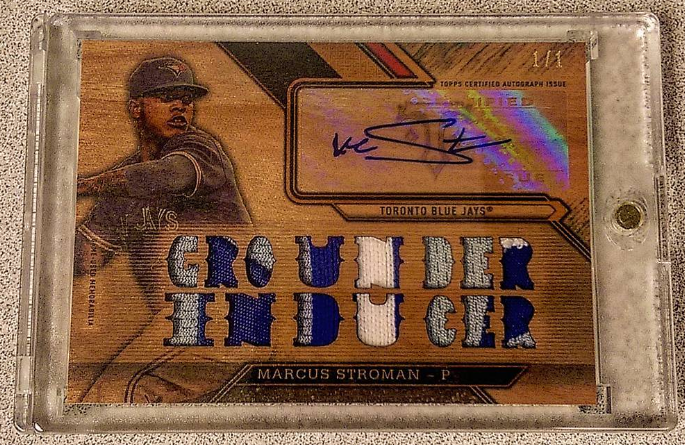 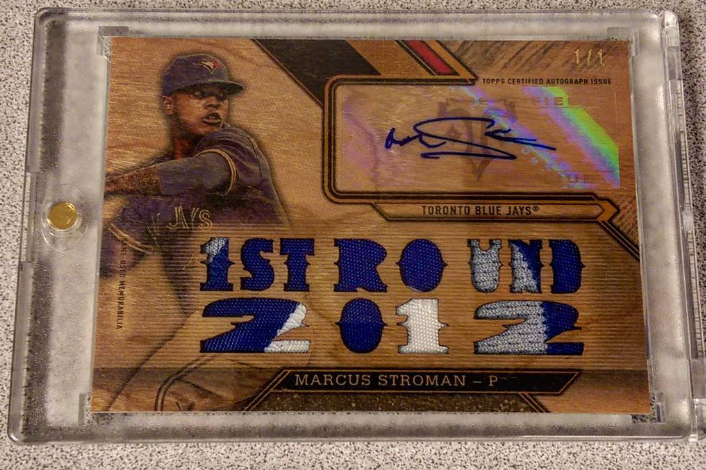 P.S.      I do have a bit of an issue with this Pablo Sandoval die cut message of “Sandman”. Are you kidding me? Mariano Rivera is the “Sandman”! Pablo Sandoval is the “Kung-fu Panda”! I understand that it is a play on his last name but when one of the greatest players of all time has a fairly well-known nickname you don’t throw it on some overpaid third baseman that can’t help himself to enough Twinkies! #endrant 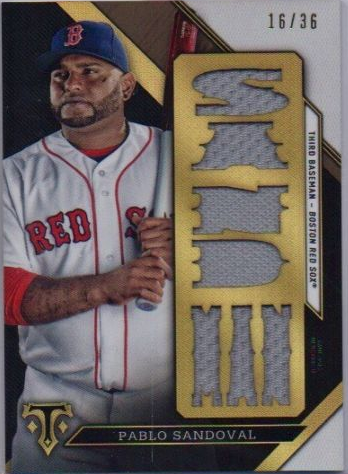 Keeping up with baseball I do have to mention the FANTASTIC case of 2016 Bowman Chrome Vending we had recently. It marked the conclusion of our long search for a superfractor. While it wasn’t an autographed version it was of Jose De Leon, who is one of the top pitching prospects in the Dodgers system. The Bowman Chrome superfractors rule the modern baseball card hobby. Getting that graded is absolutely a must!

Also pulled was an Orange Shimmer parallel of Harrison Bader who unquestionably has the best autograph in the set, as well as autos of future superstars Kyle Schwarber and Yoan Mocada. It was a truly fantastic case that I would suggest you watch the recording of. 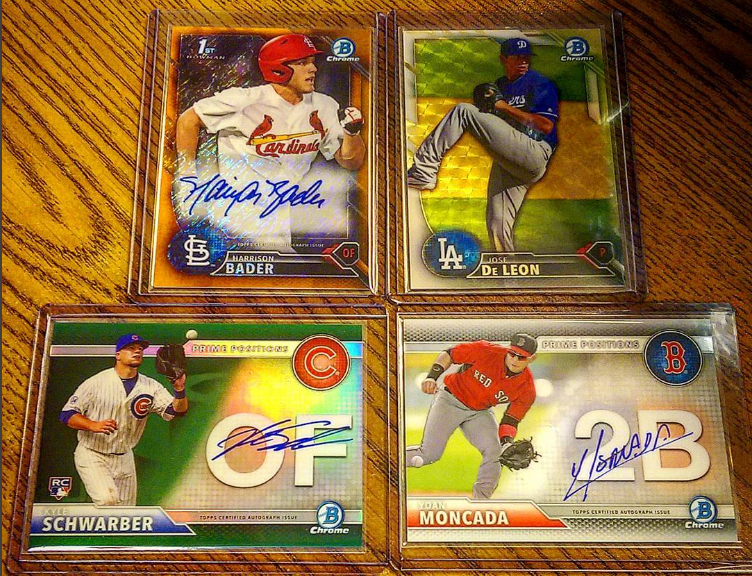 My favorite hit will be a departure from baseball and is for sure this AMAZING Chest Logo Relic of Phil Kessel from 2015/16 Upper Deck Premier! This is the kind of stuff that really makes this product stand-out. The card may be out of 29 but it light-years better than many 1/1s. 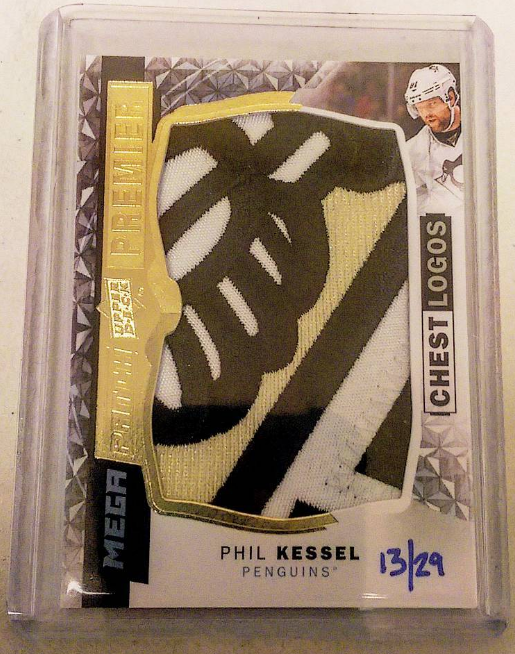 That just about wraps up this edition, I would like to thank everyone that joined in our “Hockey Mixer Showdown”. Sean and my hockey mixers were put head to head and by the slimmest of margins the big oaf won. Rather than be humiliated I will just prepare to wipe the floor with him on our next head to head mixer!

Dave and Adam's is one of the largest sellers of trading cards and collectibles in the world. Located just outside of Buffalo NY, the company operates two retail stores as well as the e-commerce website www.dacardworld.com
View all posts by Dave and Adam's Card World →
Dave and Adam’s at New York Comic Con
Mike Carbo to Attend Fort Hamilton Comic Con