What’s Up in the DACW Live Lounge – October 16th

Hello everyone welcome back for another edition of What’s Up in the DACW Live Lounge, I want to start out with a shout out to the Chicago Cubs making it to the World Series! After all of the letdowns and chokejobs history has been made! Like c’mon it’s the Cubs! 1908! The Billy Goat! The Black Cat! All of this can ACTUALLY come to an end! You guys know I’m a Yankees fan but as a fan of baseball I have to lay my allegiance with the South Siders, it’s just something that would be incredible to see! Ok, onto the great hits but I needed to acknowledge a truly historic event that has a great impact on the hobby.

I will start out with Panini’s impressive new release, 2016 Panini Impeccable Football. It’s another Panini high-end venture that features very attractive looking hits from a great batch of signers. However the design of the relic autos is the real attention-grabber in this set. Featuring stunning canvas-like action shots and game-worn relics have put this product into high demand. Impeccable also features Silver and Gold troy ounce relic cards which have been seen in past releases such as Eminence Basketball.

We snagged two great hits in our breaks starting with the Big Ben relic auto which features a (literally) filthy patch! You don’t see Ben signing in many sets these days and it was great to see him stop by the Lounge again. Moving on to the Namath auto, I prefer this design much more with the very detailed chest-up action shot and the two square relics on the side. A very sharp design that is nearly flawless in my eyes, Sean and I really enjoyed opening this product and hope to crack another case soon! 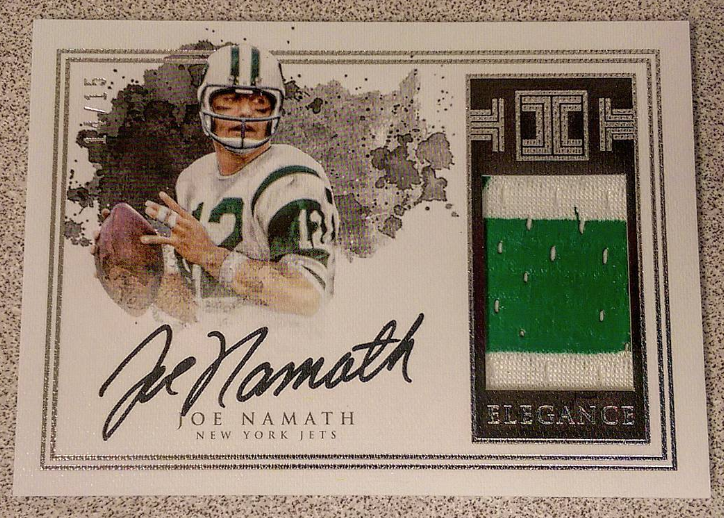 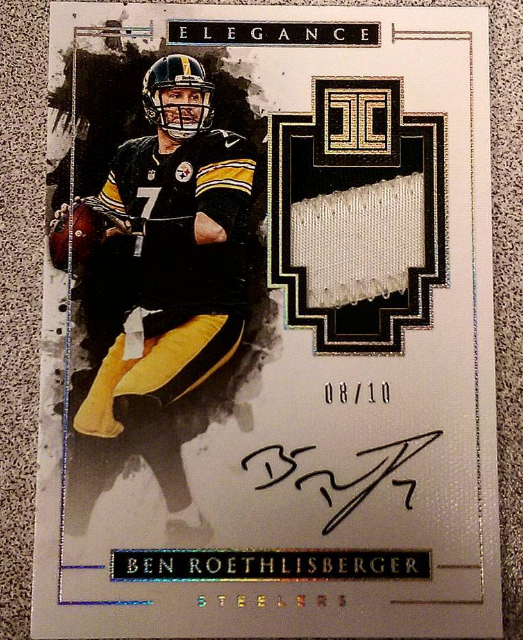 In the DACW Lounge we have made Mixer breaks a staple to our weekly schedule and have seen great success in many of them! Now, we all know that every Mixer break won’t be a knockout but we had two great ones last week, starting with our High-End Basketball Mixer!

High-end basketball releases have greatly changed the hobby over the past few years and you all have seen us crack dozens upon dozens of high-end cases and we tend to deliver more often than not with them. Of course, when I am breaking the chances of hitting a home-run goes way up and I hit two moon shots in that mixer.

First, I delivered on getting the Lounge’s first Logoman from 2015/16 Immaculate Basketball. Not to mention that I called the shot and got it. It was also of Lounge regular Emmanuel Mudiay. Some of the best rookie cards we’ve pulled the past year have been of the talented Congolese point guard. Hopefully his #LoungeLuck (just made that up) will propel him to a successful sophomore season!

Then the Towns…Honestly, are there any words for it? I think this is literally a card that should leave you speechless. K-AT could be the best center in the NBA this season. At this point, his stuff just looks like a sure bet. Once again, the master delivers the big stuff. 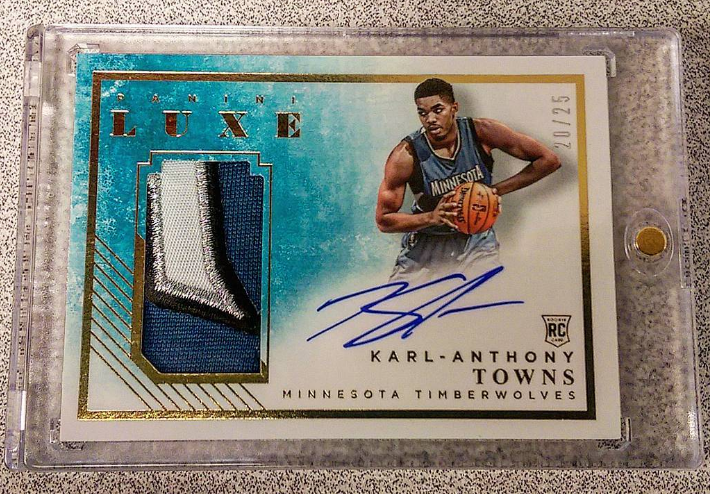 Before my favorite hit, I think some recognition of our Wrestling mixers has been long overdue in WUitL. WWE cards have a very special niche crowd in the hobby and I think other breakers tend to overlook that fact. Not here, we are making the Lounge the go-to breaking destination for wrestling breaks, and we’ve sold out several mixers and case breaks. Sean has extensive knowledge of the WWE and WCW from back in their hay-days, while I have been keeping up on all the happenings currently as well as soaking up as much as I can from Sean. It’s an area that we focus on and enjoy thoroughly.

We also tend to get some great hits like this awesome 2016 Topps Undisputed Wrestling 1/1 Printing Plate Relic Auto of Seth Rollins! Rollins might be the biggest wrestler in the WWE at the moment and to pull this is a pretty big deal. He is easily one of the best heels (bad guy) in the history of the WWE so early into his career. We have another wrestling mixer coming up soon, so keep an eye out for it because the spots tend to go fast! 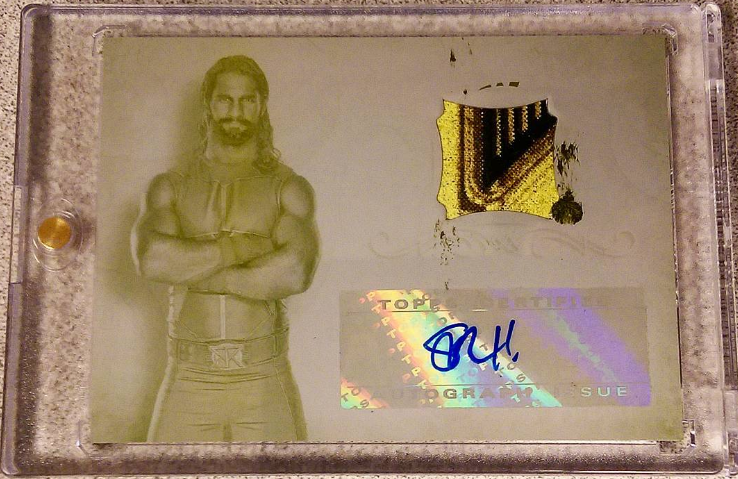 My favorite hit was this fantastic 1/1 dual tag of Joe Dumars and Vinnie Johnson, of the Bad Boy Pistons from 2015/16 Gala Basketball. Those teams are easily some of the coolest in the history of the NBA and are extremely popular in the hobby. As I have been saying, Gala Basketball is stuffed with great hits. 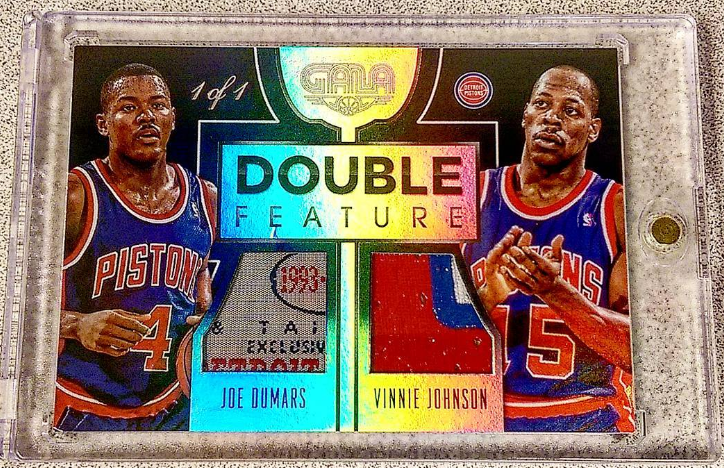 That about wraps it up! Our Fantasy Football Promotion is still raging on and it’s definitely not too late to join if you haven’t already! There are multiple prizes so don’t think that you can’t win anything 8 weeks in! Also check out any hits that weren’t featured in here on our Instagram page and give us a follow!

Dave and Adam's is one of the largest sellers of trading cards and collectibles in the world. Located just outside of Buffalo NY, the company operates two retail stores as well as the e-commerce website www.dacardworld.com
View all posts by Dave and Adam's Card World →
Alamo City Comic Con
Wizard World Pittsburgh