What’s Up in the DACW Live Lounge – November 2rd

By Dave and Adam's Card World on November 2, 2016 in DACW Live Breaks

Hello everyone, looks like my Cubs pick for the Fall Classic is still intact (at the time of writing) hopefully it still happens or else I’ll be known as the next Bartman! Definitely including some awesome baseball hits in this edition but we’ll start off with the brand new release! 2016 Panini Prizm Football!

This year’s release of 2016 Panini Prizm Football is definitely a bit more special this year due to Panini’s acquisition of exclusive NFL card rights, because it takes the place of the ever popular Topps Chrome. Chrome Football was a big deal when it came out every year and the cards still hold solid value and the Superfractor parallels were titanic hits within the hobby. This is one of the first big tests that Panini will have to face as they set out to become the preeminent manufactures within the industry. Prizm has been around for a few years and it has a huge presence within the basketball circles and I would assume it will still be a strong enough force going forward with collectors not really having any other choice.

In terms of appearance, its nearly identical to past Chrome and Prizm releases, however the complete lack of on-card autos is a bit of bummer, but the number of hits increasing to three does present more chances at getting the big hit. I’m sure in years past most collectors wouldn’t have been as enthused as I would have been had their only auto been Da’Rick Rogers (Still looking for his Superfractor). Early returns have been positive as collectors are already familiar with the product and for the most part know what they are in for. The myriad of parallel refractors is still a huge chase for collectors who will be sending out their top rookie hits for grading in masses.

Our cases were quite successful as we pulled both of the Cowboys rookies (both redemptions) but still managed to get this great looking Jared Goff Rookie auto /99. I love the purple refractors in this set as the different designs on the parallels is a big plus as it makes the card a whole lot more attractive than the old plain Jane Topps refractors in years past. It’s going to take a bit of time to getting used to not having Topps Chrome around any longer but honestly, this set is pretty solid and I look forward to opening more. 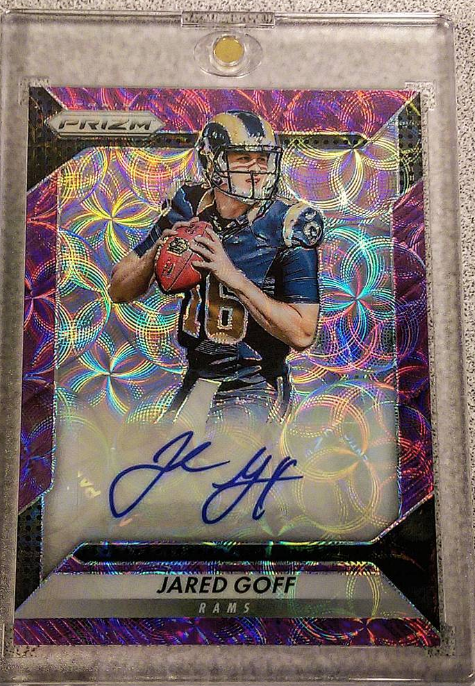 With the World Series ongoing, it’s been nice to be opening more baseball and I’ve definitely been hitting some home runs with some of these breaks! Ever since the release of 2016 Topps Five Star and seeing Barry Bonds on the checklist, I’ve been eagerly awaiting one of his autos to pop up in the Lounge. He’s no question the best baseball player I’ve ever seen play and his cards are rather few and far between in the hobby based on his…well you know. It finally did albeit in the form of a redemption, along with that amazing relic auto of King Felix! As good as it is for me to pull great cards for my customers when they’re redemptions it’s a let down because we want to see them! Don’t hesitate to send us a picture of your newly-redeemed hits! 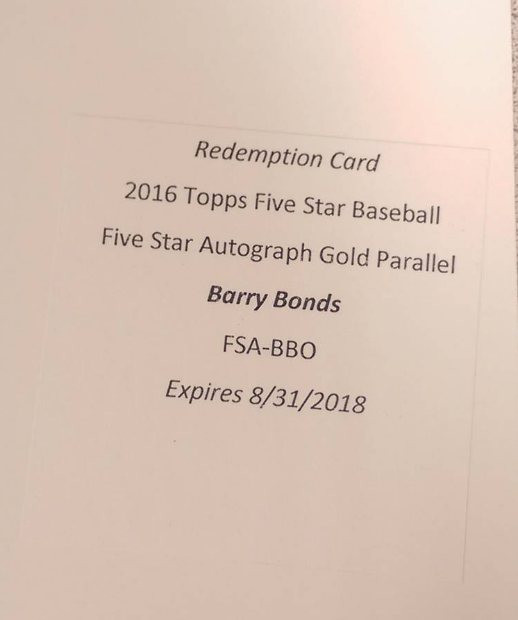 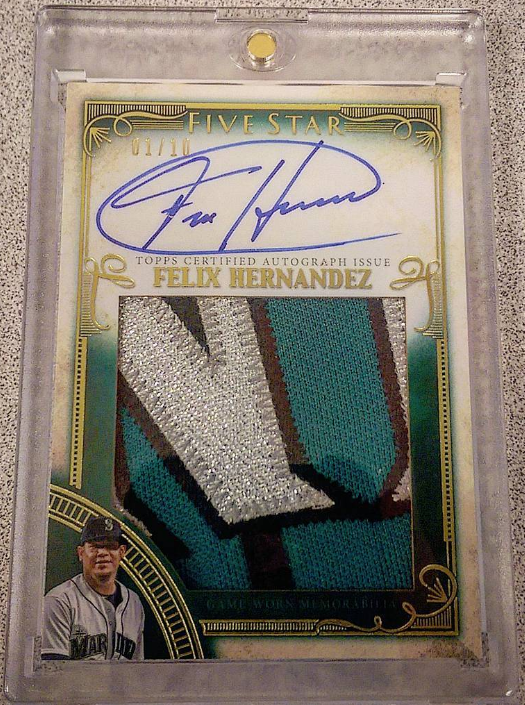 I’m going to include my weekly reminder to all of you to keep joining our awesome basketball breaks. They won’t stop as long as we keep pulling absolute filth like these! I’m honestly not sure what else to say! Porzingis? Curry? How many bigger names are there in the hobby right now? Do not miss out! Don’t dilly dally around waiting for the spots to get “below 10” or “single digits”. Let’s keep this train a-rolling! 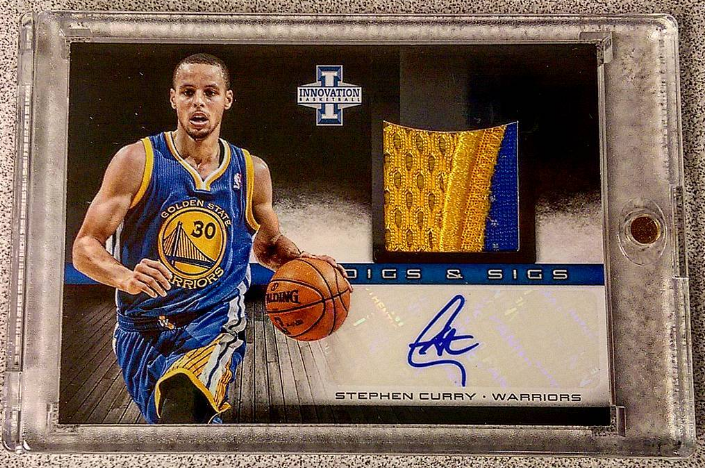 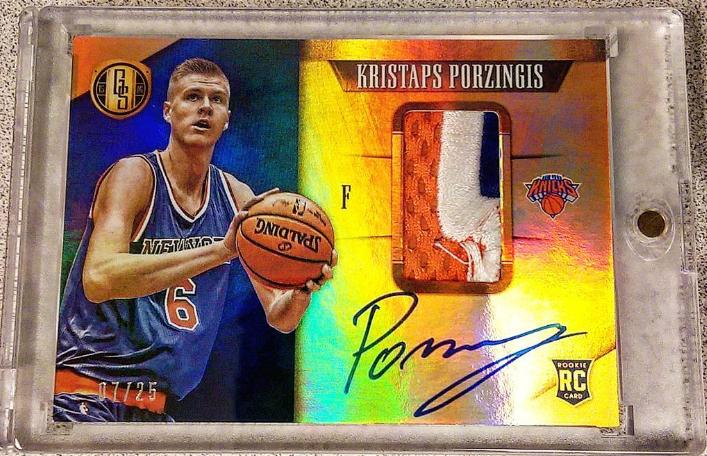 Finally, my favorite hit is going to this HUGE Corey Seager 2/5 auto from 2016 Panini Optic. I hadn’t opened Panini Optic Baseball in a little while and it was only one box in the break. So as the great ones tend to do, I called my shot and said there’d be a Seager in there, and what do you know, there he was! It’s the second /5 Seager pulled since Bowman Chrome released back in September. Andrew C. was absolutely floored when he saw it on screen. He’s definitely one of our more colorful customers and I was ecstatic to pull it for him! 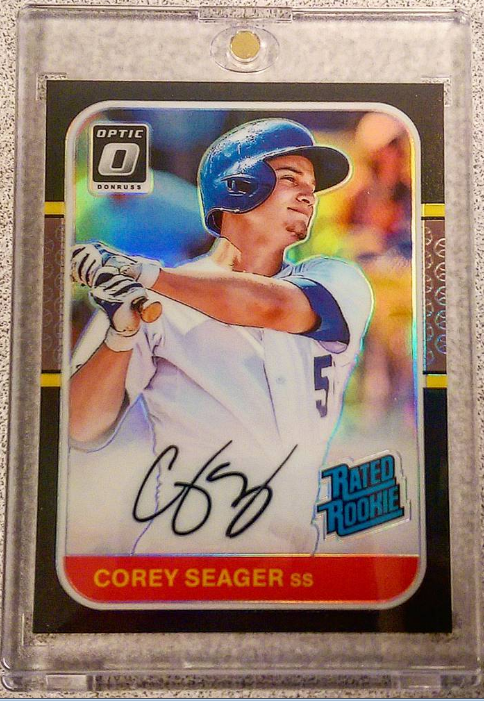 That’s it for this week’s edition, our Fantasy Football promotion is still going strong (unlike our Bills) so don’t miss out there is still plenty of time to catch up with some of the leaders. Check out our Instagram page for other amazing hits not seen in here and send in pictures of your redeemed redemptions we’ve pulled for you!