What’s Up in the DACW Live Lounge – May 25th

We will start out this week’s DACW Live Lounge recap entry with the brand new 2016 Topps Finest Baseball release. We have opened quite a bit of this and so far so good; a very appealing, simplistic design and some solid autograph hits, highlighted by this awesome 3/5 Red Parallel of Aaron Nola. Topps brought back the favorite “Intimidators” set in the product that harkens back to the great Finest sets of the late 90s! 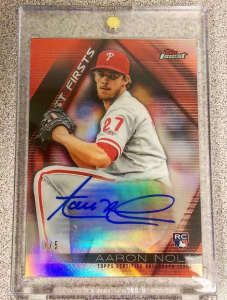 You guys know how much I love Exquisite cards and when our two case break of 2013 Upper Deck Exquisite Football broke I was on cloud 9.  Sean and I had a bit of competition between the cases we opened and you know if you watched it, my case creamed his. That amazing Doug Flutie Shadowbox was destined to be pulled by me (since you know how much I love the Flutiemaster) and that Hopkins card is an incredibly hard pull that looks phenomenal. Sean did pull that great Barry Sanders auto so we do have to give him some credit. We put up another one of these breaks that I would suggest you join into! 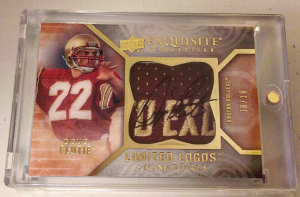 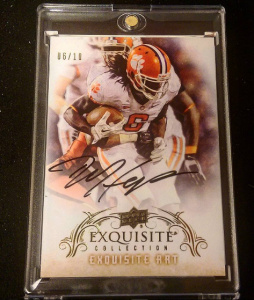 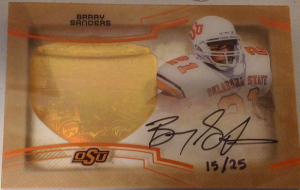 Last week saw the release of 2016 Cryptozoic Ghostbusters and Sean was dying to open some boxes and he got his wish after a customer ordered an entire case to be opened! The product is absolutely littered with awesome hits whether it was an autograph, sketch or relic card. Boxes are guaranteed two hits but several of them had four, including this Dan Aykroyd autograph case hit. We would highly recommend picking this product up at some point. 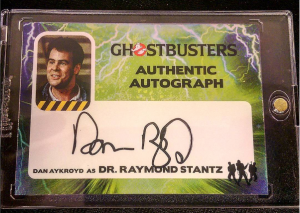 Finally my favorite hit is this phenomenal looking Bobby Hull Red Retro Parallel from 2015/16 Upper Deck O-Pee-Chee Platinum. I was gushing over the look of this card when I pulled it and I will continue now. The retro cards are great to begin with but the color matching is on point and it was numbered 9/15 (his jersey number) just to top it off. 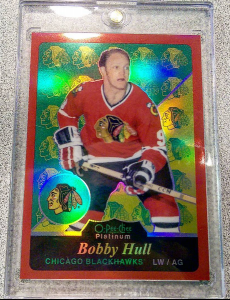 Join me tonight in the Late Night in the Lounge for the release of the brand new 2015/16 Upper Deck Ice Hockey!

Dave and Adam's is one of the largest sellers of trading cards and collectibles in the world. Located just outside of Buffalo NY, the company operates two retail stores as well as the e-commerce website www.dacardworld.com
View all posts by Dave and Adam's Card World →
Dave & Adam’s at MegaCon Orlando
DACW FNM Recap – Now With Pauper!