What’s Up in the DACW Live Lounge – June 8th

Another great week in the DACW Live Lounge and we’ll start off this weeks entry with a follow up to last week’s release of 2015/16 Ice Hockey. Unsurprisingly, this stuff is flying off the shelves in the great chase for Connor McDavid and Jack Eichel Ice Premiere Rookie /99 cards. While, we are still looking for those to pop up in the lounge that doesn’t mean that we were devoid of top notch hits! I pulled a fantastic Dylan Larkin Ice Premiere /99 and this filthy Quad relic /5 of McDavid, Eichel, Domi, and Larkin. You can see a taste of a shield in the relic which really made it stand out. Also pulling a few more 2003/04 Exquisite Tribute cards didn’t hurt! We have another break of this coming up, be sure to grab a spot! 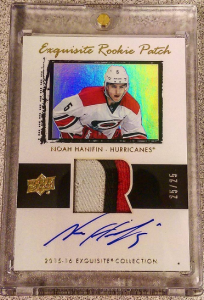 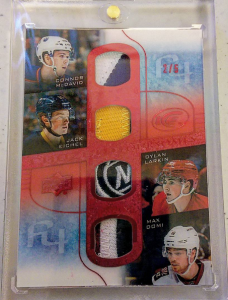 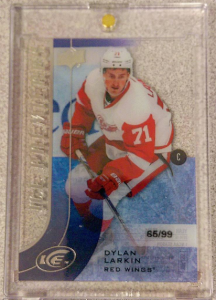 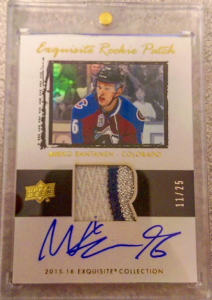 This year’s edition of Spectra Basketball hit the shelves this past week and as per usual, it was most impressive. Not a whole lot of changes from last year’s release but that’s not a bad thing as the eccentric designs, lavish relics, and hard-signed material kept the product in demand. We’ve seen a great deal of positive reactions from many of these boldly designed releases that Panini has produced in the past year or so. I feel collectors either want very clean simple designs or crazy lavish ones. You want the brand to have an identity so it can maintain a loyal fan base for personal collections or re-sellers to sell to them. I feel Spectra over the past few years has achieved that and become a fun release to look forward to each year. 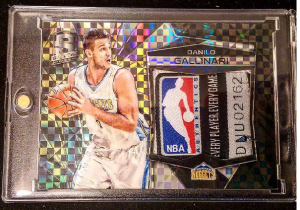 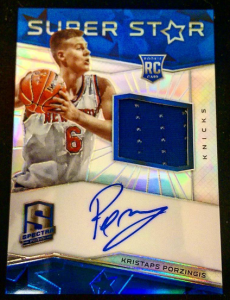 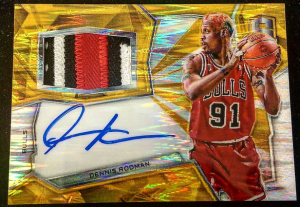 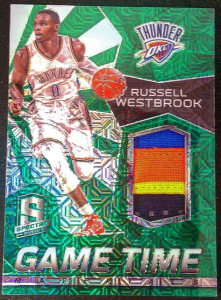 For my favorite hit, I am choosing this Michael Jordan “L” Letterman from 2014/15 Upper Deck Letterman Basketball. Of course getting a MJ auto is awesome but this one broke my cold streak of Jordan-less Letterman breaks. It had been well before the start of 2016 since the last one I pulled and it was nice to get back into a groove with a product that has become a DACW Live Lounge favorite. 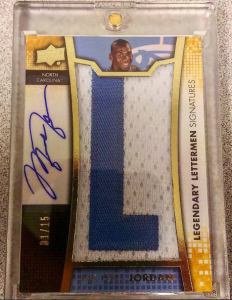 I’m going to be doing live box breaks at the 2016 NHL Draft in Buffalo on Saturday, June 25th! We already have the break spots available so lock in now because they are sure to sell out fast! Join me in the awesome experience brought to us by the great folks at Upper Deck!