What’s Up in the DACW Live Lounge – April 27th

Hello folks, we got some big time breaks to recap so let’s start out with our incredible haul of 2016 Topps Museum Collection Baseball cards pulled from our group break and from Late Night. It is just a fantastic assortment of hits from a product that I cannot talk glowingly enough about. That Barry Larkin booklet really stands out and its always super exciting to see that booklet when you rip open the pack. It is also quite apparent that it is LOADED with Mets hits, and with all the talent on the current squad it is no doubt a go-to product for any Mets fan. 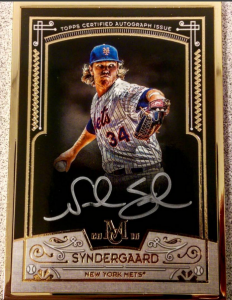 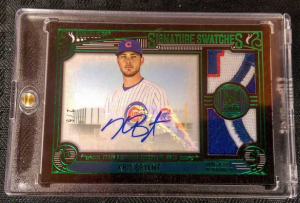 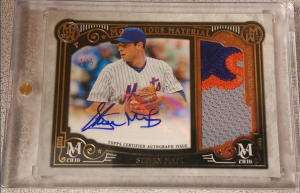 This year of 2015/16 Upper Deck Hockey has been exceptional, and every week we seem to be pulling something crazy form either a new release or one of the great earlier ones. Well this week we got both. Let’s start with the brand new 2015/16 Upper Deck Contours Hockey. The clear-cut, runaway hit of the break was this amazing die-cut prime patch auto of Max Domi. This is the tops for this product and I love it. We also had another little mixer break and it did not disappoint, finding one of the elusive Blue Portraits Parallels (of Connor McDavid no less) was quite the find but pulling one of the Purple 1/1 Flair Masterpieces really stole the show. You will definitely be seeing more hockey mixers going forward. 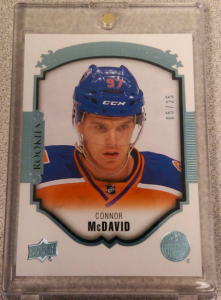 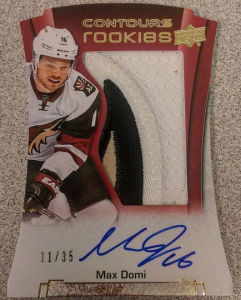 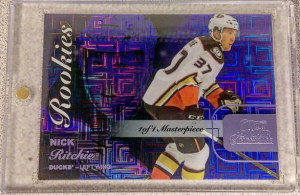 As much as I don’t like to admit it (being a Yankees fan) it seems that the Lounge is the best place to pull Andrew Benintendi autographs. We’ve pulled a superfractor from Bowman’s Best and plenty of autos from Bowman Draft Picks and Prospects. Well Tuesday offered a new edition to that as we pulled this crazy First Impressions Red 3/5 Parallel Auto from Bowman’s Best. As one of the top prospects in baseball he is definitely a hot pull that could turn into big money down the road. 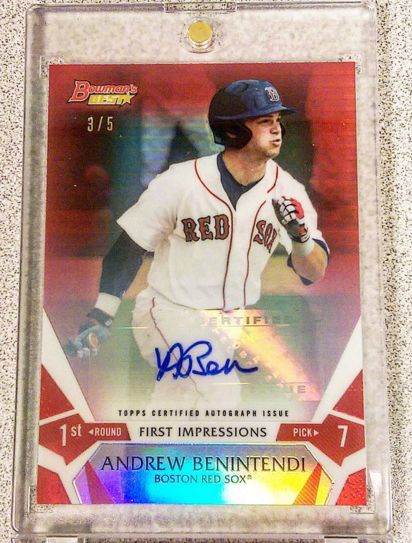 For my favorite hit…I’m choosing THREE! I can’t choose one over the others so I’m picking them all! The Tiger Woods driver was pulled from our good buddy Steve on Wednesday. He has been crushing 2014 SP Game Used Golf lately, its beginning to make me wonder whether he has some sort of X-Men Superpower. The Satchel Paige 1/1 Diamond relic comes from 2014 Panini Hall of Fame 75th Anniversary Baseball. I had never seen one before pulling that night and I was legitimately jealous. It truly is a fantastic looking card. No explanation is needed for that 2014/15 Panini Flawless Curry Patch auto. 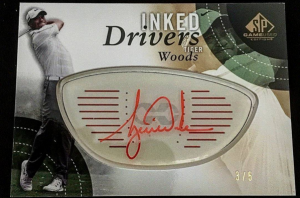 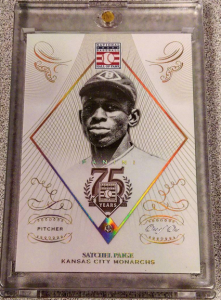 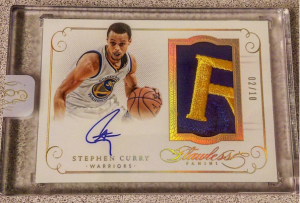 That’s it for this edition! The Cody Count Cup Challenge is at 70 now! We’re so close! Join me in the Late Night in the Lounge and join for a chance at a FREE Cup Box!