What’s Up in The DACW Live Lounge – April 13th

Another week, another slate of awesome releases here in the DACW Live Lounge. We’ll start out with the big kahuna, 2015 Panini Flawless Football. That makes it two weeks in a row where we were blessed with awesome high end releases! There is a reason that it’s actually called “Flawless” and it’s because it’s absolutely amazing! Every year the cards look stunning with all-on card signatures, simple designs and jaw-dropping relics. Our case produced two juggernauts; the 1/1 Joe Montana Diamond Relic and an 8/20 (jersey number) Mariota auto! These are the type of hits that make Flawless so special, as these cards are hits of a lifetime! 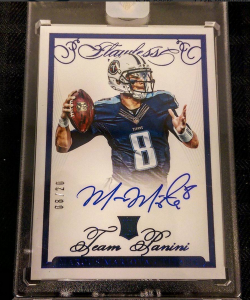 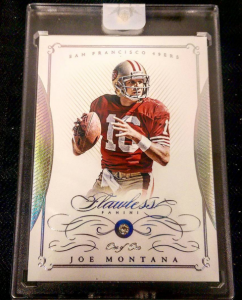 It’s been a long time coming as one of my absolute favorite products 2015/16 Upper Deck Fleer Showcase Hockey hit the shelves across the hobby. It might not get as much fanfare as Series 1 or SP Authentic but I feel it’s one of the most underrated products out there. With Connor McDavid on the scene it makes this year’s release even more exciting! Our breaks of the product prominently featured some of its highlights, the Metal Universe Parallels and fantastic relic pieces. To our enjoyment, Mr. McDavid decided that he would show up quite a bit in our breaks. 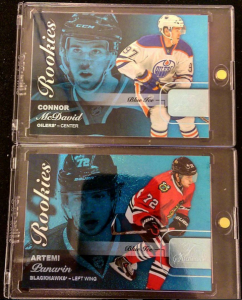 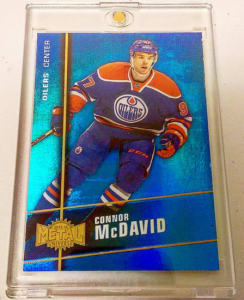 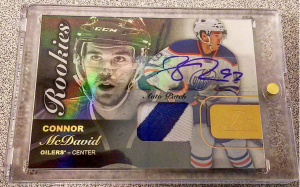 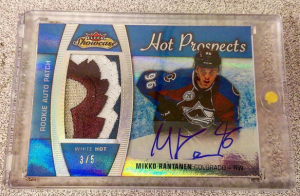 Another week, another few case breaks of 2015/16 Black Diamond Hockey. We’re up to over 25 cases broken and we aren’t slowing down! We couldn’t have pulled the Artemi Panarin Diamond relic at a better time as he has almost assuredly wrapped up the Calder Trophy with a mind-boggling 30 goals and 77 points! Panarin wasn’t as much of a household name in the hobby at the beginning of the season as he is now! To go along with that I was able to unearth one of the elusive Mark Messier Retired Numbers autos! It’s one of the most limited in the set and it was pretty exciting to pull. As I always say, we’ll be breaking this until we run out so grab a spot in one of the breaks! 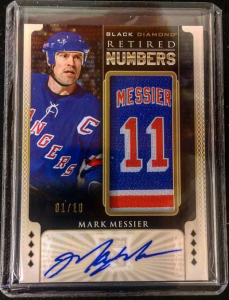 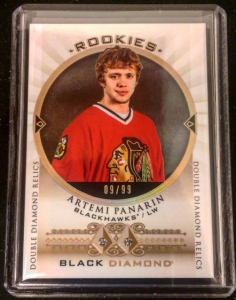 Finally my favorite hit of the week is this unreal 1/1 Clyde Drexler Laundry Tag Auto! It came from our 2013/14 Panini Intrigue Basketball break. I was pretty shocked when I first saw it, as I was not expecting such a great hit to show up but there it was! Sometimes its incredible to see the kind of value that we get from our lower-priced breaks!

We only added one Cody Hodgson to the Cody Count last week, let’s boost those numbers up! Join me in the Late Night Lounge at 6pm EST for some late night breaking!

Dave and Adam's is one of the largest sellers of trading cards and collectibles in the world. Located just outside of Buffalo NY, the company operates two retail stores as well as the e-commerce website www.dacardworld.com
View all posts by Dave and Adam's Card World →
2015-16 Hit Parade Stars of Hockey Autographed Hockey Puck Edition – Series 2 Preview
Salt Lake Comic Con Recap