Last Week in The Lounge – October 28

This past week was pretty much all about 2015/16 Upper Deck Buybacks Hockey. It’s been non-stop busting of boxes and mini-boxes. It’s probably been my favorite product all year. I’m going to stop talking and let the amazing hits do it for me. 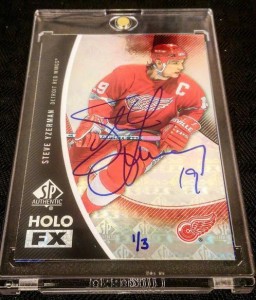 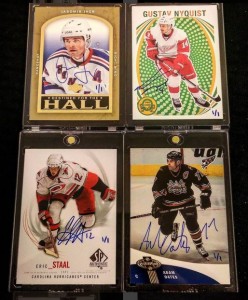 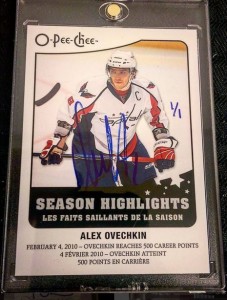 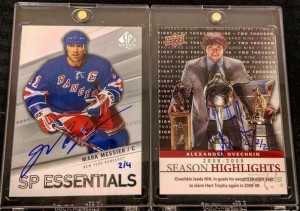 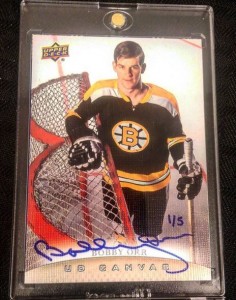 This past Friday we had a very unique break, a customer wanted to break 2009/10 Cup Hockey and we went through 9 boxes! This amounts to a case and a half of vintage Cup! He was searching for the elusive John Tavares /99 RPA. Unfortunately we didn’t get one but we did get some awesome stuff that’s been slumbering away for 6 years! 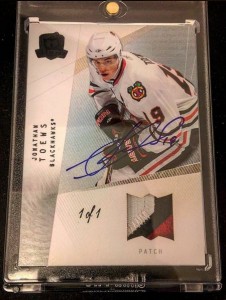 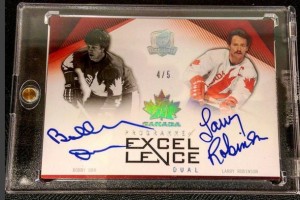 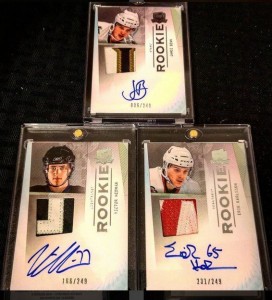 We also had our inaugural Multi-Sport Mixer break. We took boxes from all the 4 major sports and put them together to make a pretty fun break! We also got some pretty good hits as well! A Kris Bryant Green Inception auto /99, Ultimate Collection Teuvo Teravainen Patch Auto, and an Andrew Wiggins auto from Court Kings! Safe to say, we will be having more of these going forward. 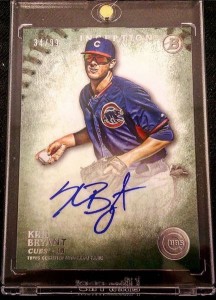 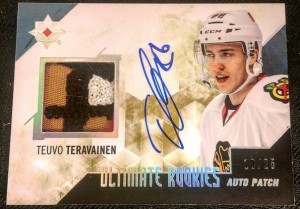 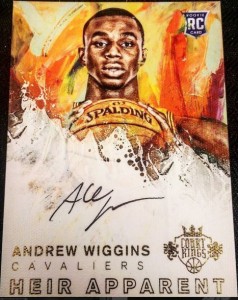 Sometimes in the lounge we hit the absolute jackpot for a breaker. We had a case break of 2015/16 Upper Deck Artifacts Hockey and pulled not one, not two, but THREE Connor McDavid redemptions for our buddy Dom (aka Dan) from New Zealand. I’m sure he will use these to further bolster his Flames PC. 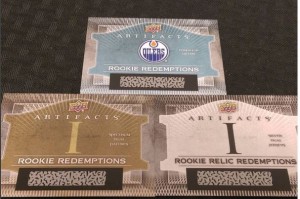 Finally, my favorite hit came from our late night session on Wednesday. Stuff like this does not come around often, a GOLD Kris Bryant Rookie Refractor Auto from 2015 Bowman Chrome. Once it’s redeemed, this is a card that you send in immediately to get graded. 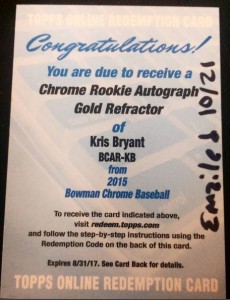 This week we have the release of 2015 Playbook Football which is sure to be a huge hit in the lounge, and next week we see Dynasty Baseball (CAN’T WAIT), Finest Football, and 2015/16 Upper Deck Series 1 Hockey. Series 1 Hockey will be the debut of the much anticipated Connor McDavid Young Guns cards! Jack Eichel will only be featured in Young Guns Canvas inserts.

What a week, if anyone needs me I will be in the DACW Live Lounge!

Dave and Adam's is one of the largest sellers of trading cards and collectibles in the world. Located just outside of Buffalo NY, the company operates two retail stores as well as the e-commerce website www.dacardworld.com
View all posts by Dave and Adam's Card World →
2015-16 Upper Deck Series 2 Hockey preview
Busy weekend on tap for Dave & Adam’s Buying Team