Last Week in the Lounge – October 21

We had quite the busy week in the lounge with Topps High Tek Baseball and Upper Deck Artifacts Hockey both releasing on Wednesday. We also broke our Baseball and Basketball Mixers on top of several personal orders, so we have quite the array of hits for this week. 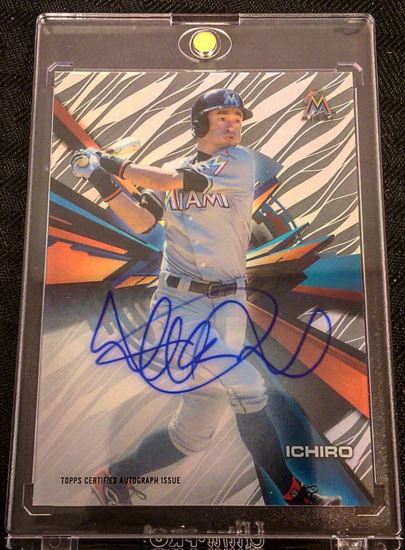 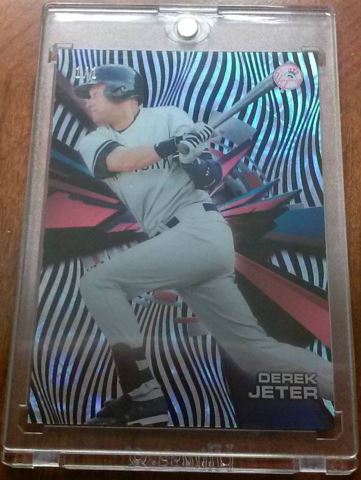 Let’s start with High Tek, it was announced earlier this year that Ichiro had reached an autograph agreement with Topps and that collectors could get their hands on some officially licensed autos for the first time in years. They have been notoriously short print and have been going for huge prices on eBay, but we got one and it’s a beauty.

Next we go to a card that I didn’t know we pulled. A 1/1 Derek Jeter base card, being a life-long Yankees fan and huge Jeter fan I am still amazed how I didn’t see it. Thankfully, Sean saw it one-touched it and snapped a picture. William was in for a big surprise when he got his package! 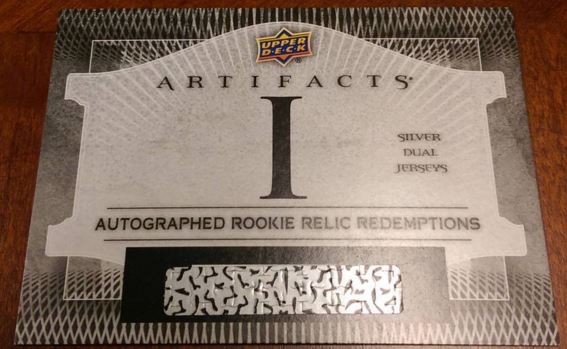 On to Hockey! Upper Deck Artifacts always signifies the beginning of the hockey collecting season. With a huge rookie class including Connor McDavid and Jack Eichel, Upper Deck made a great looking set that has been extremely popular in the lounge. Speaking of Connor McDavid… This redemption will be for an autographed relic rookie card of the #1 overall pick. It will be well worth the wait for it to be redeemed. 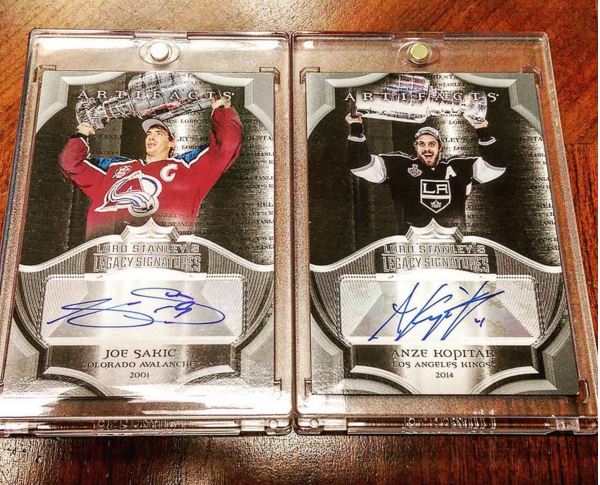 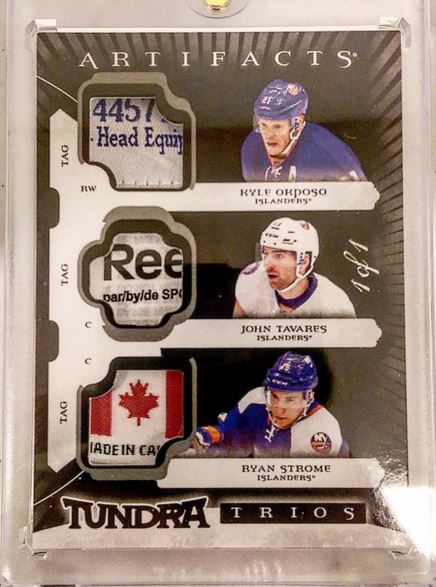 Here are a couple other great hits from Artifacts. The Lord Stanleys Legacy Signatures are SP and the triple tag card is Artifacts at it’s finest. We have a case break of it this week if you want to grab a spot! http://www.dacardworld.com/sports-cards/2015-16-upper-deck-artifacts-hockey-hobby-20-box-case-dw-live-30-spot-random-team-bre 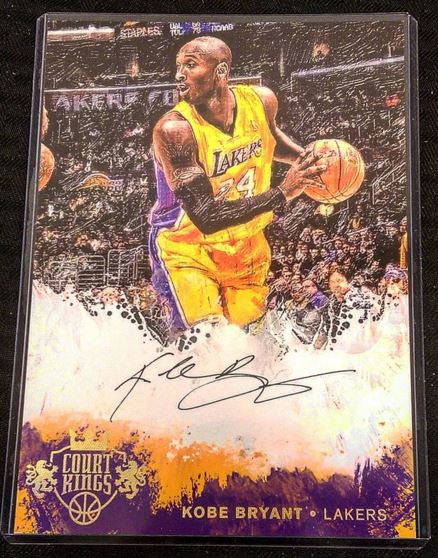 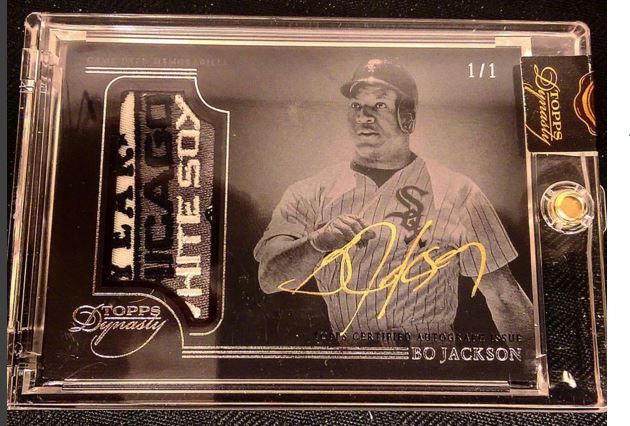 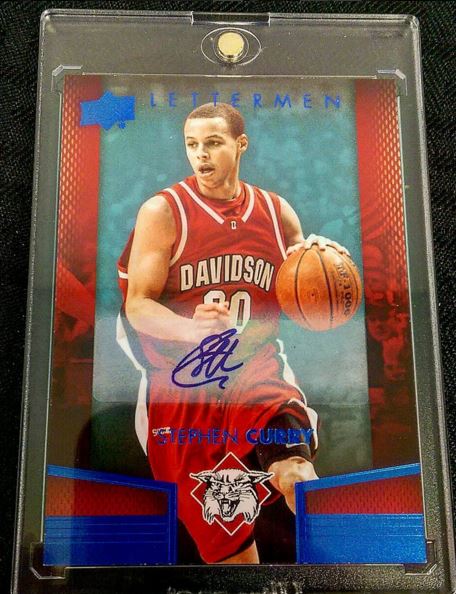 This next card is a bit of a personal one for me. It seems that we have opened millions of packs of Upper Deck Lettermen and FINALLY getting a Steph Curry auto was pretty awesome. They are extremely SP and it’s a nice sense of closure. 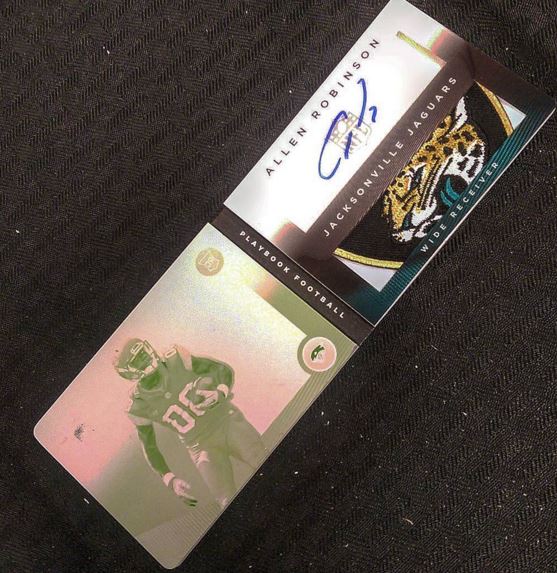 Finally, my favorite hit of the week, is a bit of a late entry (we pulled it Monday night) but that patch….unreal. Hopefully Allen Robinson keeps up his strong play this season. 2015 Playbook comes out next Wednesday.

Don’t forget on Wednesdays we have our late night breaks starting around 6pm. Also releasing this week is Topps Valor Football and Upper Deck Buybacks Hockey. Very excited about Buybacks and hope to break a few boxes in the coming days. We have seen a dramatic rise in personal breaks recently and if you would like to jump in on the fun place an order on our website and simply type “Break Live” in the notes section during checkout. You can also email us with any questions or redeemed redemption cards we’ve pulled for you at [email protected]

Dave and Adam's is one of the largest sellers of trading cards and collectibles in the world. Located just outside of Buffalo NY, the company operates two retail stores as well as the e-commerce website www.dacardworld.com
View all posts by Dave and Adam's Card World →
Dave & Adam’s Buying Team: Rare Magic: The Gathering box
2015-16 Upper Deck SPx Hockey preview