Last Week in The Lounge – November 4

By Dave and Adam's Card World on November 4, 2015 in DACW Live Breaks

This past week we saw the release of a couple great new Panini Products, Playbook Football and Contenders Draft Picks Basketball! Also throw in some old favorites like Buybacks Hockey and High Tek Baseball we had quite a busy week.

Let’s start with the new stuff first! 2015 Playbook Football burst onto the scene with some absolutely stellar hits! The new design really bodes well for the flow of the card. No doubt we will be breaking more of this in the future! 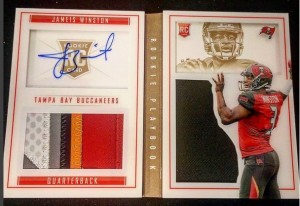 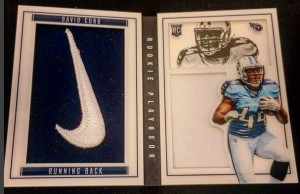 The first Panini basketball product for the new season was released last week. 2015 Panini Contenders Draft Picks Basketball showcases this year’s rookie class in their college uni’s. Very fun break and we were lucky enough to pull BOTH of Karl-Anthony Towns rookie autos! The one on the left is the base auto and on the right is the variation. We’re sure to pull more Towns autos this year but it’s a great way to start. 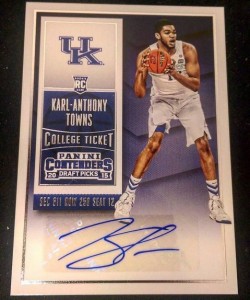 We broke some more 2015 High Tek Baseball and hit some absolute monsters! Sometimes it isn’t the autographed cards that bring in the big bucks. The Vizquel is a short print variation version. It sold for nearly two grand! 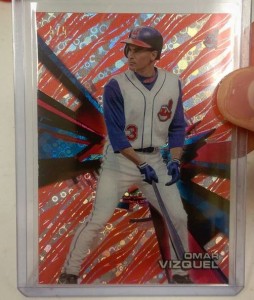 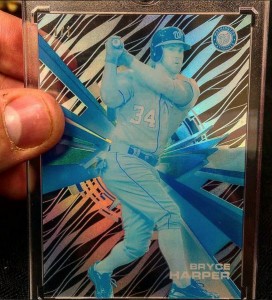 2015 Upper Deck Buybacks continued to be unreal. The card below needs no description. Bask in its beauty. 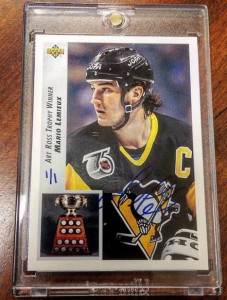 Finally for my favorite hit, it was the first hit we pulled out of our 2014 Panini Hall of Fame 75th Anniversary Baseball break. Two Hall of Famers from one of the most famed pitching rotations in the history of baseball. 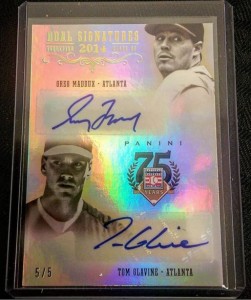 Next week 2015 Topps Finest Football is being released. Finest is always a very popular release, grab a box for a personal break or in our case break of it.

Dave and Adam's is one of the largest sellers of trading cards and collectibles in the world. Located just outside of Buffalo NY, the company operates two retail stores as well as the e-commerce website www.dacardworld.com
View all posts by Dave and Adam's Card World →
2015 Panini National Treasures College Multi-Sport preview
Dave & Adam’s buying and selling at Toronto Sportscard Expo this weekend