Quite a week we’ve had in the lounge. We saw the release of 2015/16 Upper Deck SPx Hockey and of course 2015 Panini National Treasures Football! We also had a number of great hits from various group and personal breaks!

Let’s start out with SPx Hockey. As per usual with 2015/16 Upper Deck Hockey releases we’re pulling Connor McDavids left and right. I’m a big fan of the “X” design of the cards. It’s a refreshing take on RPAs that at sometimes can become a little dull. The high end patches seen as well really shine in with the new design as well. Include that with some great action shot base and insert cards and you got yourself a winner! 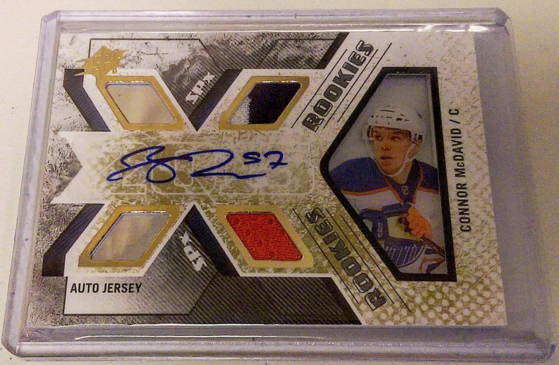 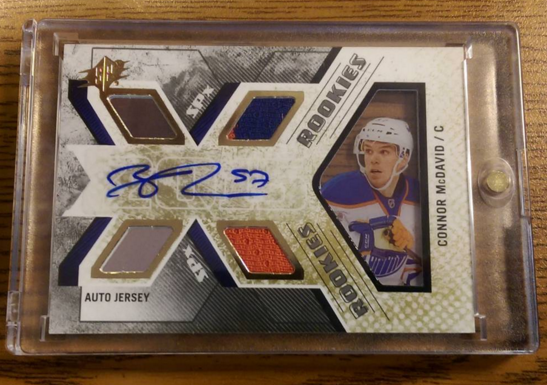 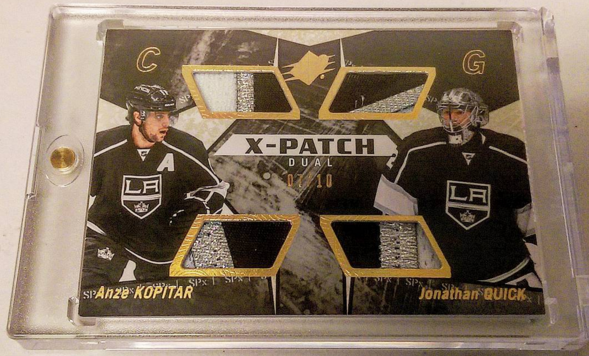 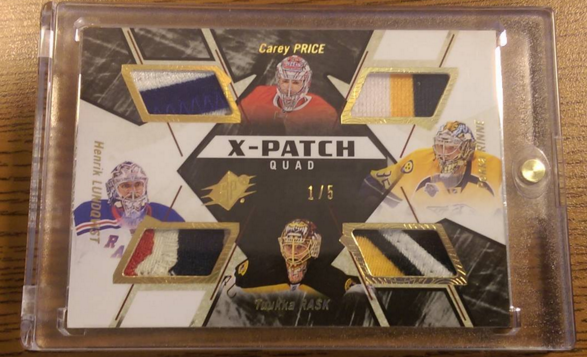 The release of National Treasures Football is, of course, one of the biggest days in the hobby. Just like most NT products, we see monster hits popping up left and right. Our release day definitely scored high on the “drool factor” with two shields and 2 Mariotas! We have another case break of this scheduled for this Thursday, I would highly recommend getting a spot RIGHT NOW! 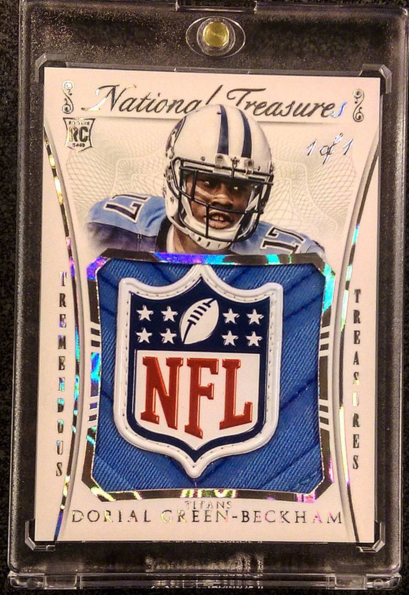 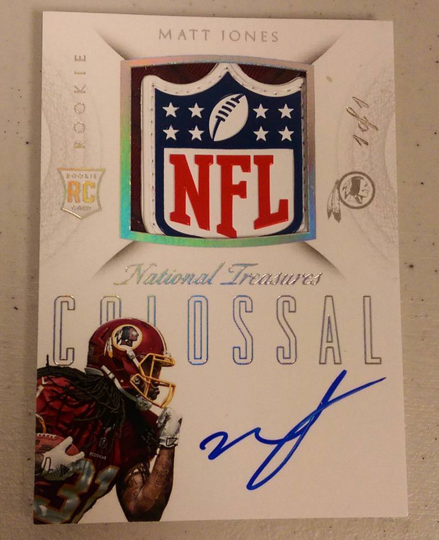 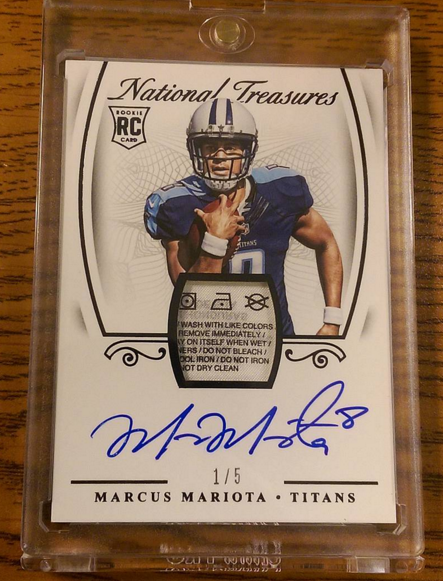 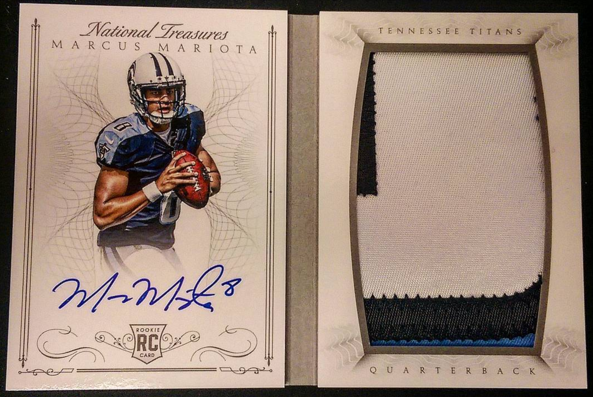 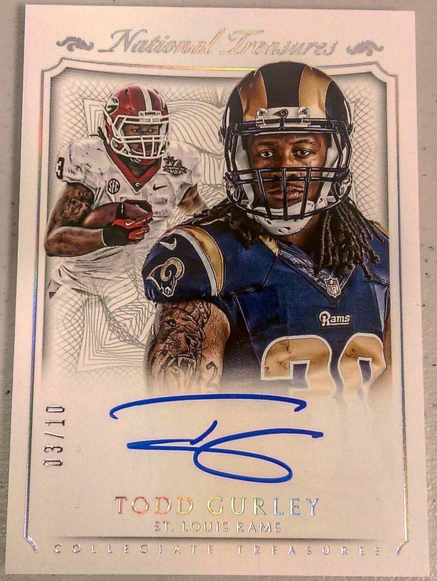 It seems every week I have some sort of new crazy hit from 2015/16 Upper Deck Black Diamond Hockey. That’s mostly because we just can’t stop opening it! Twenty cases in and we’re still going strong! Pulling one of the elusive Exquisite Rookies of Dylan Larkin was an extreme high point. As well as this patch of Carey Price; IT’S FILTHY, LITERALLY! As I always say we’ll be ripping this until we run out! 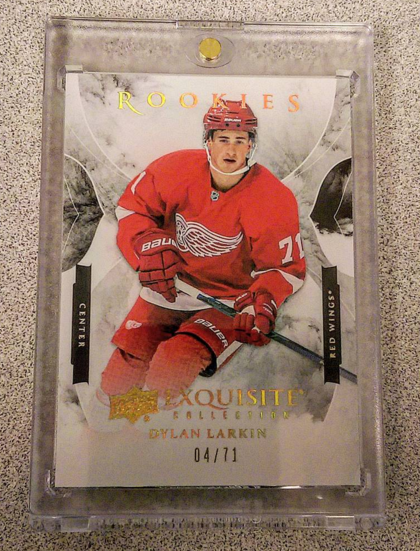 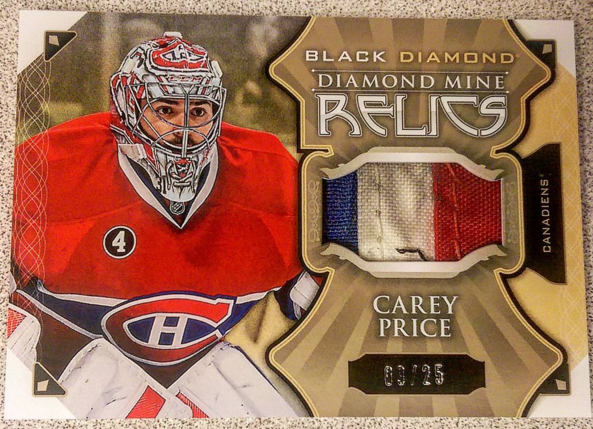 For my favorite hit of the week it’s got to be this Rory McIlroy rookie auto from 2014 Upper Deck SP Authentic Golf. It’s already an iconic card in the golf collecting world and it is a very special card for anyone to add to their collection. The Masters is next week and I’m pretty anxious to see if Rory can add a green jacket to his resume! 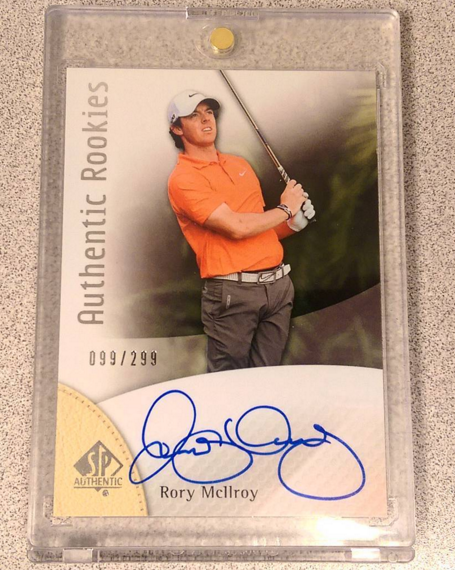 That’s it for me, Sean and I are always looking forward to doing personal breaks for you, don’t hesitate to put one in!

Dave and Adam's is one of the largest sellers of trading cards and collectibles in the world. Located just outside of Buffalo NY, the company operates two retail stores as well as the e-commerce website www.dacardworld.com
View all posts by Dave and Adam's Card World →
2016 Bowman Chrome Baseball preview
2016 Upper Deck Goodwin Champions preview