Another awesome week of big time hits in the Lounge that I’m pretty excited to share. 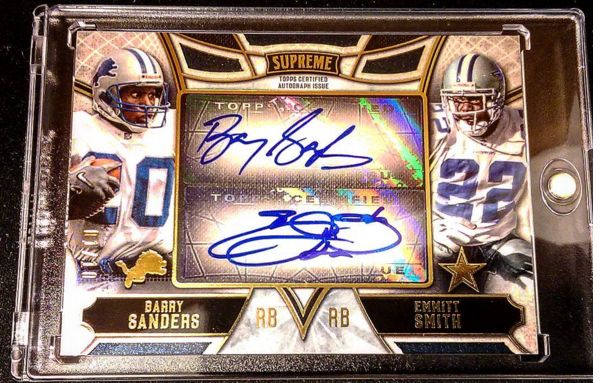 We’ll start out with another Dual Auto of two Hall of Famers from 2015 Topps Supreme Football! Barry Sanders and Emmitt Smith numbered out of ten; does it get any better than that? 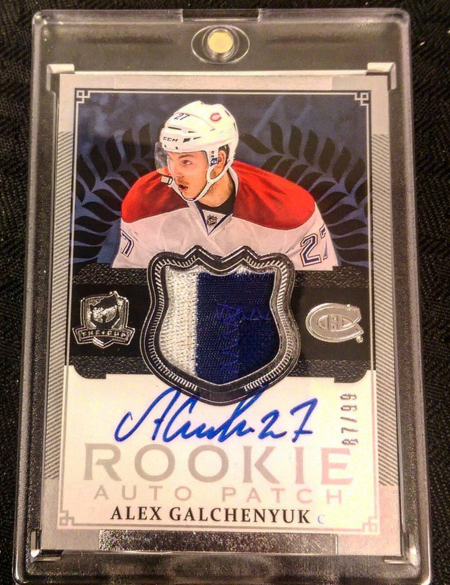 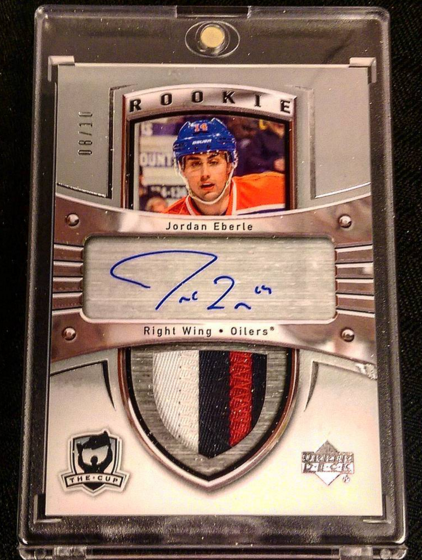 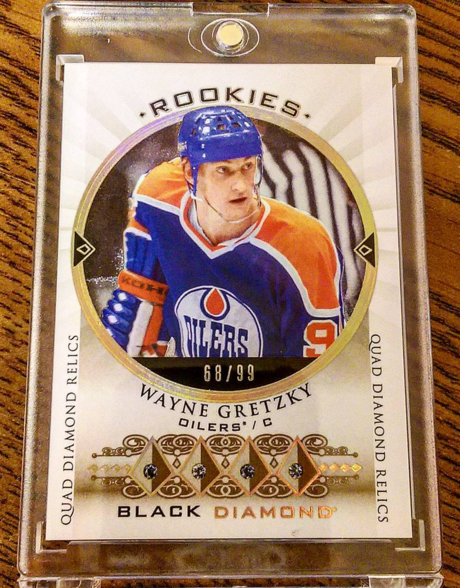 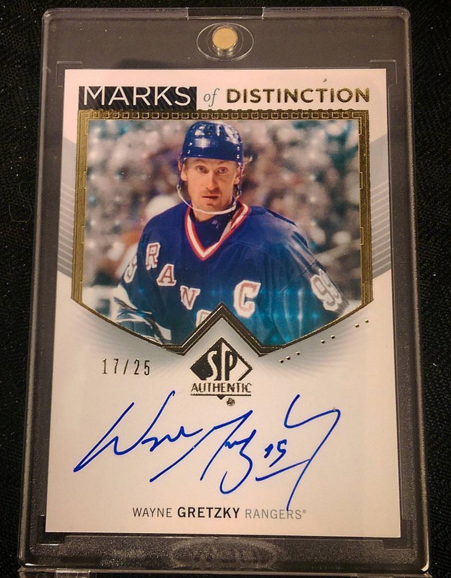 We had a crazy personal hockey break this past Monday morning of a case of 2013/14 Upper Deck The Cup and boxes of 2013/14 SP Authentic Hockey. We pulled an Alex Galchenyuk RPA, a Jordan Eberle 05/06 Tribute RPA and a Wayne Gretzky Auto, and not to mention, a Vladimir Tarasenko RPA redemption that isn’t pictured! I would highly recommend watching the whole break! (Sean even pronounces most of the names correctly!) 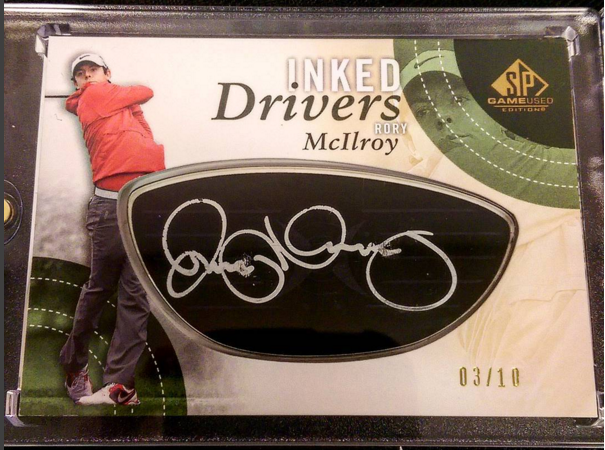 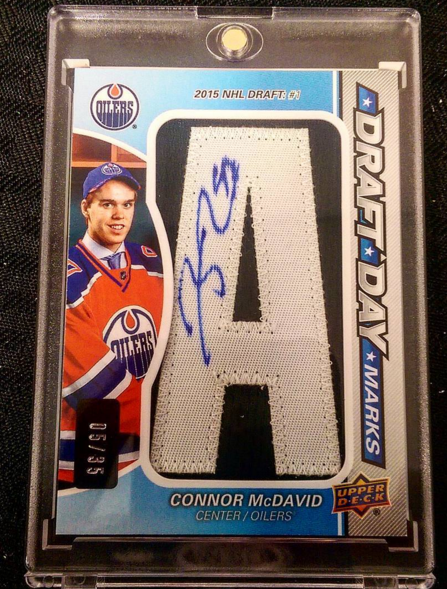 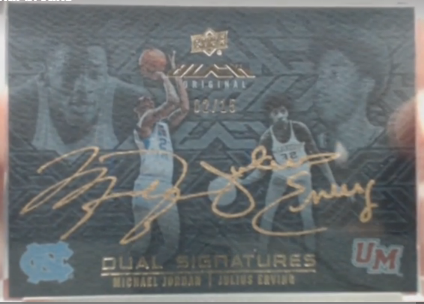 Looking back at the past week, we had quite a few RIDICULOUS hits from Upper Deck products, so I’m going to share them all here for you. We’ll start with FINALLY getting a Rory McIlroy inked driver from 2014 SP Game Used Golf for our buddy Mike T. (even though he’s a Flyers fan), the fact that it’s a Black parallel numbered out of ten makes it even more insane! Next up is a Connor McDavid Draft Day Marks from 2015/16 Game Used Hockey, not too shabby for a customer that bought a single box! Next is yet another Quad Diamond Relic of the Great One, Wayne Gretzky. We’ve been burning through cases of 2015/16 Black Diamond Hockey all year but we’re still looking for that elusive Jack Eichel Quad Diamond Relic! Finally, we pulled an absolutely SICK dual auto from 2013/14 Upper Deck Black Basketball of two of the best, Michael Jordan and Julius Erving. I wonder who would win in a dunk contest between the two of them. 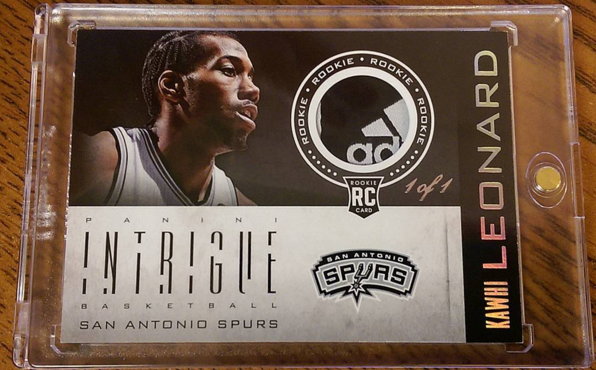 My favorite hit of the week comes from 2012/13 Panini Intrigue Basketball. This unreal Kawhi Leonard 1/1 Adidas Logo Prime Rookie relic! All the attention this season is on the Warriors (rightfully so), but it’s almost a shame that such a good Spurs team (led by Kawhi) is not getting more attention. They will surely be meeting in the Western Conference Finals, which might end up being better than the NBA Finals itself!

Things are starting warm up around here, and it has me ready for spring. Let’s break some 2016 baseball products! Stop by the Lounge and place an order with us.

Dave and Adam's is one of the largest sellers of trading cards and collectibles in the world. Located just outside of Buffalo NY, the company operates two retail stores as well as the e-commerce website www.dacardworld.com
View all posts by Dave and Adam's Card World →
Topps signs Dodgers rookie Kenta Maeda to autograph deal
Dave & Adam’s Buying Team: Big Apple Con recap