What’s Up in The Lounge – January 6

By Dave and Adam's Card World on January 6, 2016 in DACW Live Breaks

Happy New Year everyone! I want to start out with something a little different. It’s a story of how my life got flipped, turned upside down…wait, wrong story. It’s actually a story about how a, now infamous, card ended up in the hands of two of our favorite breakers.

It starts out as more of a horror story. Heath bought a box of 2015 Topps Chrome Baseball from us, and was lucky enough to pull a Kris Bryant Purple parallel autograph. Pulling a Kris Bryant rookie auto is a pretty big deal, but no one told his puppy this, who proceeded to take a big old bite out of it (we cannot confirm whether the puppy is a Cardinals fan). Thankfully, the autograph was still intact so Heath tried to sell it as is with the funds going towards a dog trainer. We allowed Heath to give the listing some love in the chat. It eventually did sell on eBay to none other than the breaking sister tandem of Brenda and Kristin. I love it when fellow “Loungers” (I guess that’s what you guys are called) make awesome stuff like this happen. Here’s a picture of the adorable perpetrator and the card. 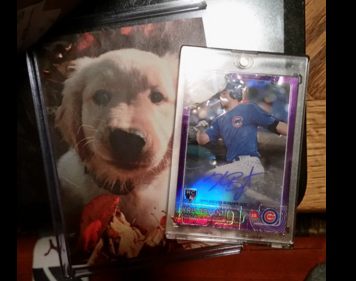 In my opinion, the release of Court Kings signals the unofficial start of the Panini Basketball season, and this year’s release is awesome! Every rookie has six different variations and features on-card autographs in their NBA uniforms. Box-toppers are back, but fall in every other case. Here are some of our highlights from our box-breaks. 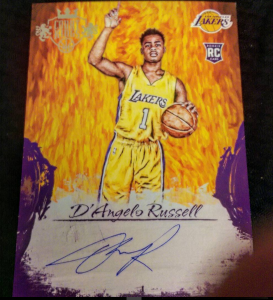 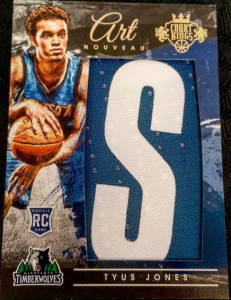 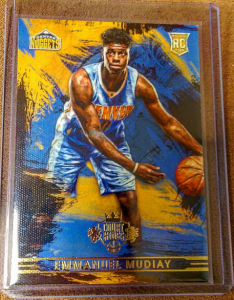 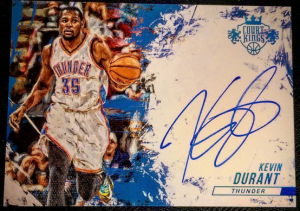 I recently found out my X-Men superpower, it’s pulling Connor McDavid autos. Whether it’s out of Full-Force, Artifacts or Black Diamond (still need to get the Series 1 auto though) I manage to pull them with ease. I pulled our second Artifacts I redemption and our second Prime Relic Booklet autograph from Black Diamond. I also snagged the Artifacts II redemption (Dylan Larkin) in the same break as the McDavid. 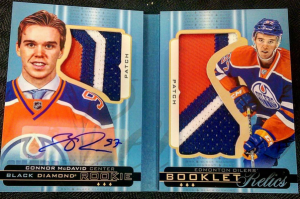 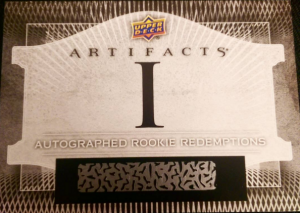 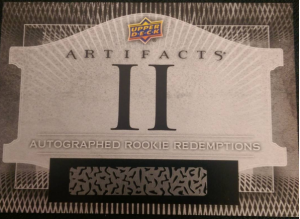 Here are a few other beastly hits from this week as well that don’t really fit in with any theme other than their overall awesomeness. 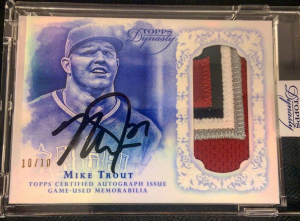 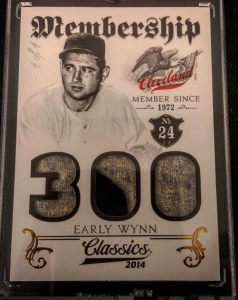 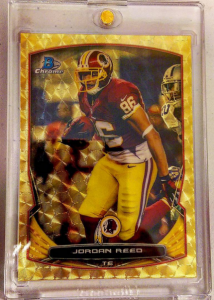 For my favorite hit and without question the HIT OF THE YEAR is the John Lennon/ George Harrison dual cut auto from 2014/15 Panini Eminence Basketball. While Lennon and Harrison had some sick moves on the court they are obviously much better known as one half of The Beatles (you might have heard of them). Eminence features a mind-boggling amount of amazing cut autos but this one is near the top. It was a great way to end 2015.

Dave and Adam's is one of the largest sellers of trading cards and collectibles in the world. Located just outside of Buffalo NY, the company operates two retail stores as well as the e-commerce website www.dacardworld.com
View all posts by Dave and Adam's Card World →
Dave & Adam’s Buying Team kick off 2016 in New Orleans
Griffey Jr., Piazza elected to Baseball Hall of Fame