Boy, oh boy, we’ve got quite the haul across multiple sports this week. After a light week last week, this heavy load of products hitting shelves this week comes as no surprise.

Let’s dive into our DA Drops this week and not waste any more time.

And speaking of across multiple sports, Leaf is launching the 2022 Leaf Vibrance Multisport Hobby Box on Friday.

Leaf says this new edition to the industry’s leading multisport product portfolio will be entirely on metal technology and has an “impressive and legendary” signature checklist in the hobby’s history.

Vibrance will include two autographs per box with base autos such as Ronaldo, Curry, Sanders, and Ohtani.

There will also be variants with multiple signatures on one card and autos from names like Tyson, Montana, Flair, O’Neal, Pele, and more.

Leaf says there is even a “Vibrant Signatures 4” card featuring Hogan/Flair/Austin/Omega!

That’s a proper segway to talk about the squared circle and what’s hitting the mat this week in the world of pro wrestling and sports entertainment.

Topps says its WWE Women’s Division Hobby Box is back with the 2021 edition on Wednesday.

It will be 24 packs per box with seven cards per pack.

and there will be two hits per box, with one autograph guaranteed.

Be on the lookout for two inserts per pack, including Diamond Cuts and the 5th Anniversary Women’s Championship Tribute. Topps says to also look for autograph variations of the relics and autographs of WWE superstars, NXT Superstars, and “interesting tandems.”

Also available next week on Friday in the world of WWE trading cards is the 2021 WWE Topps Finest.

This product comes with two mini-boxes per master box, six packs in each mini box, and six cards per pack.

Topps says it’s extending its Finest line to WWE after a successful first year and contain autographs from the “most popular” WWE Superstars and have “fun, collectible inserts.”

Collectors should look for two autographs per master box with the rare Triple Autographs and parallels and inserts.

If you’d like to see a list of the colored refractors you can grab from the WWE Finest and what number they are out of, click here.

Batter up! We’ve got a few baseball products ahead on this busy week of drops. We’re leading off with the 2021 Leaf Pro Set Baseball Hobby Blaster Box Tuesday.

Like the Leaf Draft, Pro Set will come with one 50-card base set in each hobby blaster box, and there will be three autographs per box.

According to Leaf, this set is “certain to impress collectors with its unmatched checklist of draft picks, hot prospects, and some of the game’s hottest young stars.”

This set will have similar prospects and stars in the autograph checklist, including Shohei Ohtani, Blaze Jordan, Riley Greene, and more.

Next up is the ever-popular 2022 Topps Heritage, which brings collectors the 1973 Topps card design this year.

The 500 card base set will feature current stars and legendary players on cards using or inspired by the ’73 design.

Each hobby box will have one autograph or relic and a box loader.

And new this year to Heritage are Oversized 1973 Topps Baseball, which are 50 select base cards that are limited to 1000. There are also on-card autographed parallels limited to 25 or less. Topps also says new this year is 1973 Topps Baseball Posters. Inspired by the original 1973 posters, these cards feature current and legendary players with a rate of one in every two boxes on average.

For a complete product breakdown, click here. Heritage is due to hit shelves on Friday.

Topps also says 2022 Opening Day has something for every collector, including dynamic in-game photography of fan-favorite players and mascots, inserts celebrating “America’s Pastime,” rare base card parallels, and autographs and relic cards.

It’s a 200 card set with rising young stars and new rookies among the most popular superstars. The set also includes players that will be in Topps Series 2.

Collectors will also receive one insert card per pack, according to Topps. New inserts to Opening Day include Triple Play Cards, Bomb Squad, and Luck of the Irish.

Additionally, be on the lookout for different autograph and relic sets like Opening Day Autographs, Diamond Relics, Ballpark Profile Autographs, Mascot Relics, and many more.

2022 Opening Day comes 20 boxes per case, 36 packs per box, and seven cards per pack and is due out on Wednesday.

Now we go from the diamond to the gridiron as Panini has a pair of releases due out this week.

You all probably know this one, and you’ve waited long enough, we’re finally to the release of the popular Panini Contenders Football.

The 2021 edition, with rookies like Trevor Lawrence, Zach Wilson, Ja’Marr Chase, Najee Harris, and more, will be available to football card enthusiasts on Wednesday.

Panini says collectors can chase the iconic Rookie Tickets featuring on-card autographs of the talent listed above, among others in a deep rookie class.

There are also Rookie Ticket Variations Panini says collectors should be on the hunt for that have “unique photography and characteristics from the regular Rookie Tickets.

New inserts in 2021 Contenders Football include:

The hobby product will come with 18 packs per box and six cards per pack.

It will have five autographs per box, one parallel per box, and 18 inserts per box.

Not to be outdone by Contenders is the 2021 Panini Playbook, due to come out on Friday.

Once again, this gives collectors a shot at pulling some hits from the deep 2021 NFL rookie class filled with studs like Mac Jones, Trey Lance, Devonta Smith, Jaylen Waddle, and many more.

Panini says in Playbook there are Rookie Playbook Jersey Autographs with on-card autos with numbering to 299 or less.

Collectors should also look for unique tri-fold booklets in the Playbook product with cards such as Nexus Jumbo Jerseys, Team Trios, and Vault Jersey Autographs. Those all have numbering of 25 or less.

Other autograph sets in the product include Goal Line Graphs, Signature Routes, and Hail Mary Signatures.

In each box, collectors will find two autographs and two memorabilia cards, one of them being an autograph or memorabilia booklet.

Next up is fútbol of a different kind. This week Panini is slide tackling some soccer with its latest EPL release.

Everyone seems to love their Panini Prizm, so look no further for your fix as Panini is serving up the 2021/22 Panini Prizm Premier League EPL Soccer Hobby Box on Wednesday.

It’s a 300 card base set featuring fan-favorite players from all 20 Premier League clubs.

Here’s a list of hobby exclusive parallels to collect that Panini put together:

This product is 12 packs per box with 12 cards per pack.

Let’s trade in our soccer ball for a basketball as we keep the momentum going into the next sport for a heavy week of drops here.

Panini’s back with a couple of hardcourt drops. Now we’re fully into Panini releases for this 2021/22 NBA rookie class that includes some standouts like Cade Cunningham, Scottie Barnes, Jalen Suggs, among others.

The Panini Origins set makes its debut on Wednesday with two autographs or memorabilia in this one-pack product.

There is a brand new lineup of Super Short Print (SSP) inserts in this year’s Origins like Originals, Origins Stories, Big Bang, and Origination.

Back this year, in Origins, is Silver and Gold Ink Rookie Autographs with the lineup of rookies listed above.

You are guaranteed one rookie auto per box and two parallels or inserts per box. The single pack in Origins comes with seven cards.

Also available this week in Panini basketball is another adaptation of 2021/22 Donruss Basketball. This time around, it’s the Donruss Choice edition.

In Choice, collectors will find two autographs in each box with what Panini calls “highly popular” Next Day and Rated Rookie Signatures that come in exclusive Donruss Choice parallels with numbering as low as one-of-one.

According to Panini, there are also Five Donruss Choice Exclusive Rated Rookies Choice collectors can find in the parallels mentioned above.

There is one pack per box with ten cards per pack and five exclusive Rated Rookies, and three exclusive parallels in each box.

Additionally, the Choice Blue parallels are exclusive to this product.

Fans of Formula 1 can fuel their obsession with the 2021 Topps F1 Chrome Racing Hobby Box out on Wednesday this week.

“2021 Topps Chrome Formula 1 comes off the line with another hot chrome release featuring top F1 and F2 Drivers, Crewmembers and Cars on a variety of base and insert designs,” Topps said.

Chrome autograph cards will be available to collectors that feature top F1 and F2 drivers, as well as Team Principals.

The set is 200 cards with some all-new Path to the Podium, Redliners, and 1961 Topps Sports Cars inserts.

If you’re looking for a product breakdown of the refractor colors and numbering, click here.

The Lite version of the Hobby Box will also be out on Wednesday.

In this box, look for four all-new LITE exclusive RayWave parallels per box.

We never want to leave our gaming friends out in the cold, and some would argue we saved the best for last!

So let’s warm it up with the latest releases in Pokemon and Yu-Gi-Oh!.

Riding the success of the launch of Pokemon Sword & Shield: Brilliant Stars two weeks ago, this week, we’re going to see the release of the Build and Battle Kit on Friday .

The Build and Battle Kit contains:

Yu-Gi-Oh! is also back with its Hidden Arsenal series. This product is the Chapter 1 Booster Box coming out on Friday as well.

Konami says Dragunity Duelists won’t want to miss this chance to find “some of the most sought-after ‘Dragunity’ cards” from the Hidden Arsenal era with tons of new additions in Ghosts From the Past.

Duelists can “unlock the legend of this powerful WIND-Dragon Synchro strategy.”

According to Konami, all cards in the original Hidden Arsenal series were either Super Rares or Secret Rares, but Chapter 1 will have many of them available as Ultra Rares. 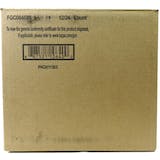 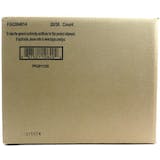 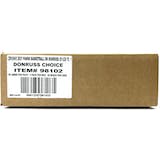 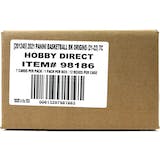 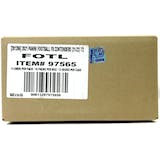 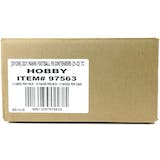 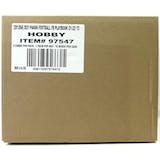 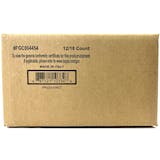 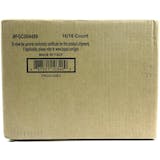 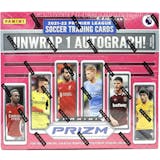 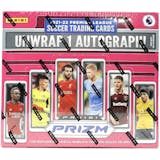 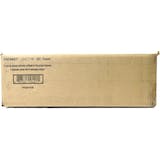 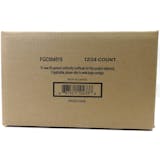 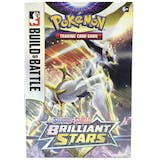 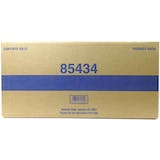 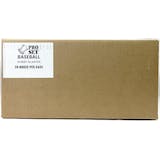