Hopefully, the top line got you to continue reading because we have to talk about a pretty popular Panini football release.

By now, if you’re a fan of football cards, especially of the Panini kind, you know Limited.

Great news, we are finally getting the 2021 Limited release. It’s due out on Wednesday (March 16).

Limited continues to feature Rookie Patch Autographs (RPA) of the top rookies from each draft class.

In this edition, collectors will look for the studs from the 2021 class, including Ja’Marr Chase, Jaylen Waddle, Devonta Smith, and Kadarious Toney. And that’s just the receivers!

Also available is the Ring of Honor Autographs featuring some of the biggest names in football history.

RPA variations that feature oversized “prime” jerseys are also in 2021 Limited, according to Panini.

There are three packs per box and five cards per pack.

We’ll also get to see the release of Break King’s latest baseball product this week.

2022 Break King Premium Baseball Hobby Box is due on shelves this Wednesday.

This product contains two cards per box, one of which will be an autograph.

Break King says all the cards in this product are from Rookie or Prospect years.

It’s nice to have some hockey to write about following the Sabres picking up the victory over the Maple Leafs in Sunday’s Heritage Classic in Hamilton, ON.

However, this is not your average Upper Deck NHL release.

On average, each pack contains one Star Rookies card.

Collectors should look for Red, Gold (#’d to 25), and autograph parallels of each set.

There is at least one autograph per box. 2021/22 AHL Hockey comes with 12 packs per box and ten cards per pack.

Also, in hockey, Upper Deck is releasing the six-pack blaster version of 2021/22 Series 1 on Wednesday.

Upper Deck says there is one Young Guns card in every four packs on average in the blasters.

The Canvas version of the Young Guns is one in 96 packs.

As is tradition, we’ve got to get our fill of new gaming products.

Konami also says it includes a “static pool of around 200 cards to construct various popular strategies from, most of which are brand new to Speed Duel.”

In this new box, Yu-Gi-Oh! enthusiasts can look forward to: 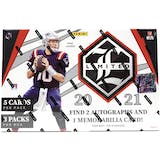 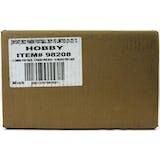 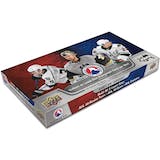 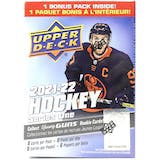 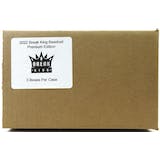 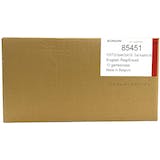