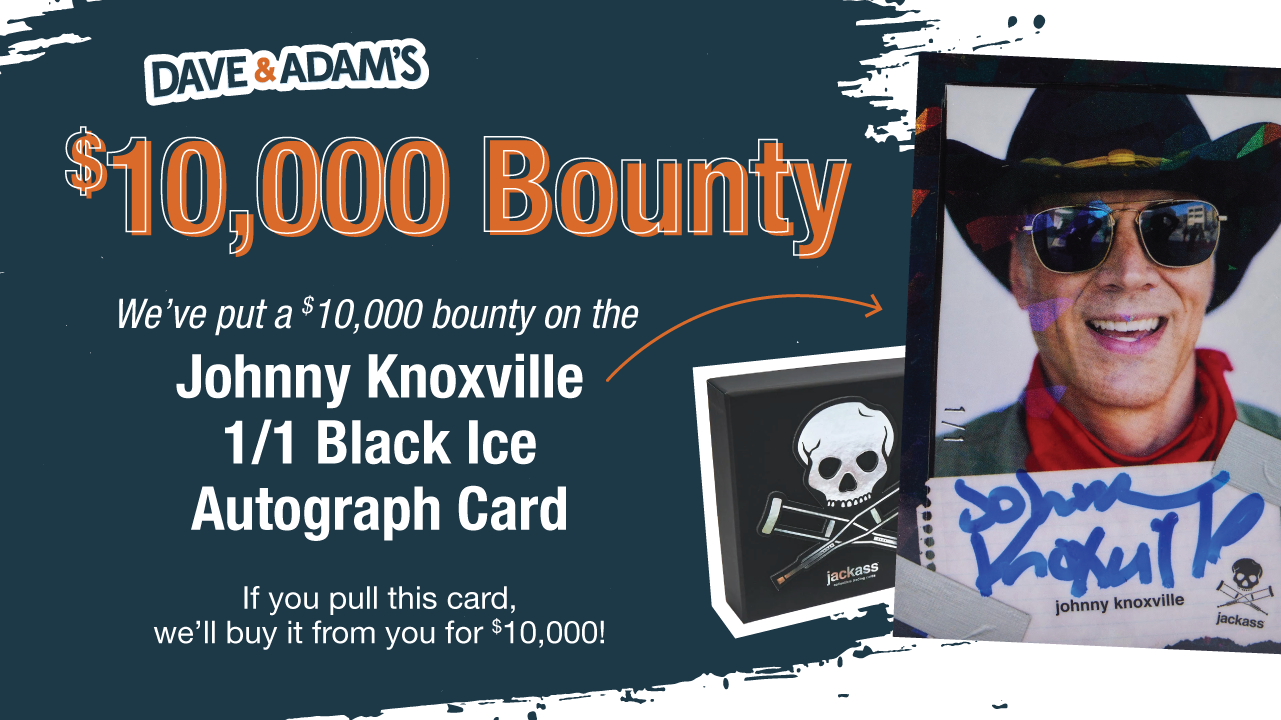 Have you ever wanted to make money to be a jackass like the guys on Jackass do? Now’s your chance!

The folks over at Zerocool produced a fun Jackass set in honor of Jackass Forever, released earlier this year. And Dave & Adam’s is putting out a bounty for the Johnny Knoxville 1/1 Black Ice Autograph Card.

You read that correctly! Pull that Knoxville auto and Dave & Adam’s will buy it from you for $10,000!

Knoxville, Tremaine, and Cliver, the men behind the Jackass brand, curated the set themselves.

It includes stunts, cameos, and cast members from all the movies. Base set types are seven casts, five rookies, seven legends, five of the group, 14 cameos, ten movie posters, 70 stunts, and 30 behind-the-lens cards.

All holographic optichrome parallels, except for silver, are numbered:

If you’re curious, some of the other 31 signatures you can get in the set include names like Steve-O, Weeman, PK Subban, Eric Andre, Chris Pontius, Tony Hawk, and more that appeared and starred in the movies.

For a further breakdown of the product, click here.

To buy a hobby box, or an eight-box case of Zerocool’s Jackass set, click below: