Our comic buying team has returned from Seattle…with an impressive array of new keys to be added to our comic inventory. One of our comic buyers, Will, loves Seattle and especially Emerald City Comic Con. So without further ado let’s get his quick recap on the show! 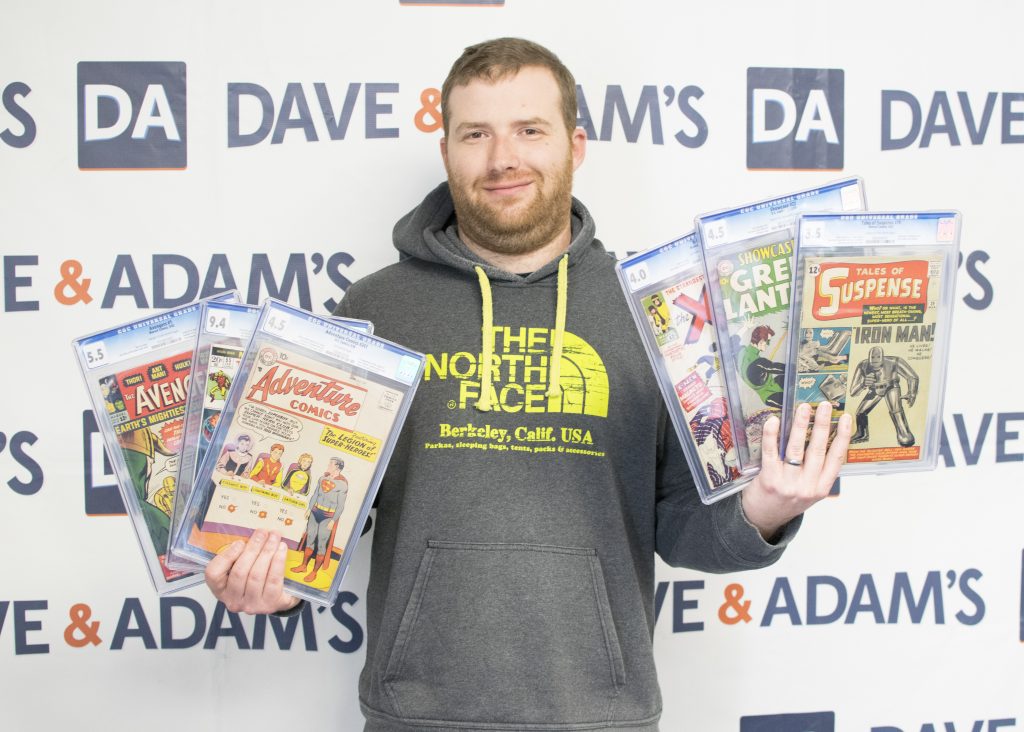 Seattle is one of my favorite cities in America. The food, the people, the sites are all exceptional. But I’d be remiss if I didn’t add that part of the reason I enjoy Seattle so much is Emerald City Comic Con. One of the premiere shows in the country, ECCC generally results in an enormous amount of cash being spent (over $100K in 2018 alone) on some amazing books to be added to the website. This year produced quite a haul including Adventure Comics #247 (Origin & 1st Appearance of the Legion of Super-Heroes), Tales of Suspense #39 (Origin & 1st appearance of Iron Man), Journey into Mystery #83 (Origin & 1st appearance of Thor), and just in time for his full debut next month in Avengers: Infinity War, the 1st appearance of Thanos, Iron Man #55. This is just a small sample of the collections that I purchased at this years con and the Seattle area.

A very impressive haul to say the least! Thanks to Will for giving us some insight into the show and the area! Our comic team’s next stop will be at C2E2 in downtown Chicago from April 6-8. If you live in the greater Chicago area, or will be attending this year’s con and are interested in seling your collection, don’t hesitate to contact them via email at [email protected] or by phone 1-888-440-9787 ext. 117, and we would be happy to discuss your collection with you.

Dave and Adam's is one of the largest sellers of trading cards and collectibles in the world. Located just outside of Buffalo NY, the company operates two retail stores as well as the e-commerce website www.dacardworld.com
View all posts by Dave and Adam's Card World →
Hit Parade looking for a hat trick with 99 Edition Series Three!
New from Hit Parade – 2017/18 Basketball Platinum Limited Edition Series One!