Dave & Adam’s Buying Team has made a purchase of one of the most iconic comic books of all time. This book introduced the world to a superhero that became a pop culture icon and spawned a cartoon series, several movie franchises and much more. The comic book is Amazing Fantasy #15 and the character that it introduced was the amazing Spider-Man.

When Amazing Fantasy #15 was released in 1962, creators Stan Lee and Steve Ditko had no idea of the magnitude of the character they created. The story of Peter Parker identified with many teenagers in the early 1960s and Spider-Man quickly developed into his own series.

Today, Amazing Fantasy #15 is one of the most coveted pieces in all avenues of collecting, not just comic books. Dave & Adam’s comic book buyer, Will Mason, was lucky enough to have one walk into our 40,000 square foot mega store this week and he was more than happy to hand the owner a large stack of $100 bills for it. The copy is graded 3.0 by CBCS.

Dave & Adam’s Buying Team is always looking to pay cash for vintage comics. If you live near the Buffalo/Niagara Falls-area you can stop in to either of our retail locations to meet personally with our buyers or you can e-mail [email protected] if you live outside of the area. 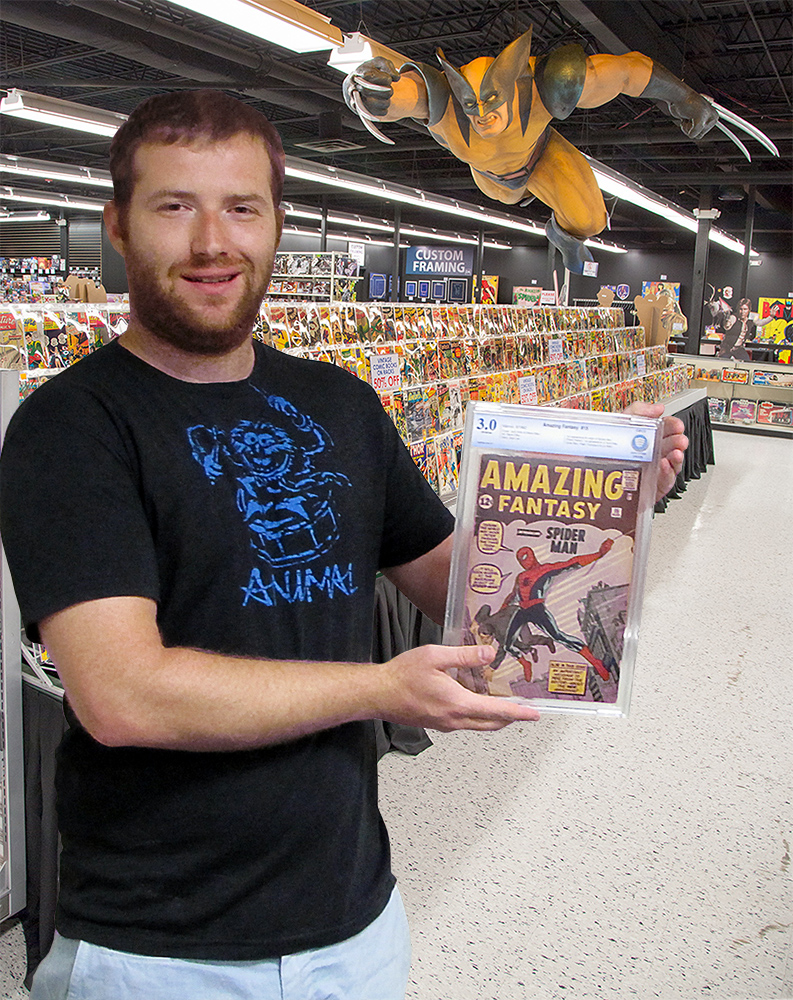 Dave & Adam’s comic book buyer Will Mason narrowly escaped the claws of Wolverine just after this photo was taken at our 40,000-square foot super store.

Dave and Adam's is one of the largest sellers of trading cards and collectibles in the world. Located just outside of Buffalo NY, the company operates two retail stores as well as the e-commerce website www.dacardworld.com
View all posts by Dave and Adam's Card World →
DACW Buying Team: National recap
Schwarber named subject for 2015 Bowman Lucky Redemption