Stuff you find at Dave & Adam’s

By Dave and Adam's Card World on February 26, 2016 in Autographs, Behind the Scenes, Memorabilia

This might be the start of a new feature at Dave & Adam’s Card Land.

When you walk the halls of Dave & Adam’s world headquarters you can find some interesting things lying around. Whether it’s some old or rare trading cards, a collection of comic books, a random Star Wars figure or a piece of memorabilia there’s always something that will stop you in your tracks to take a closer look or do some reminiscing about.

This item was easy to get distracted by because it was one of those “bright, shiny objects” that always manage to grab my attention. 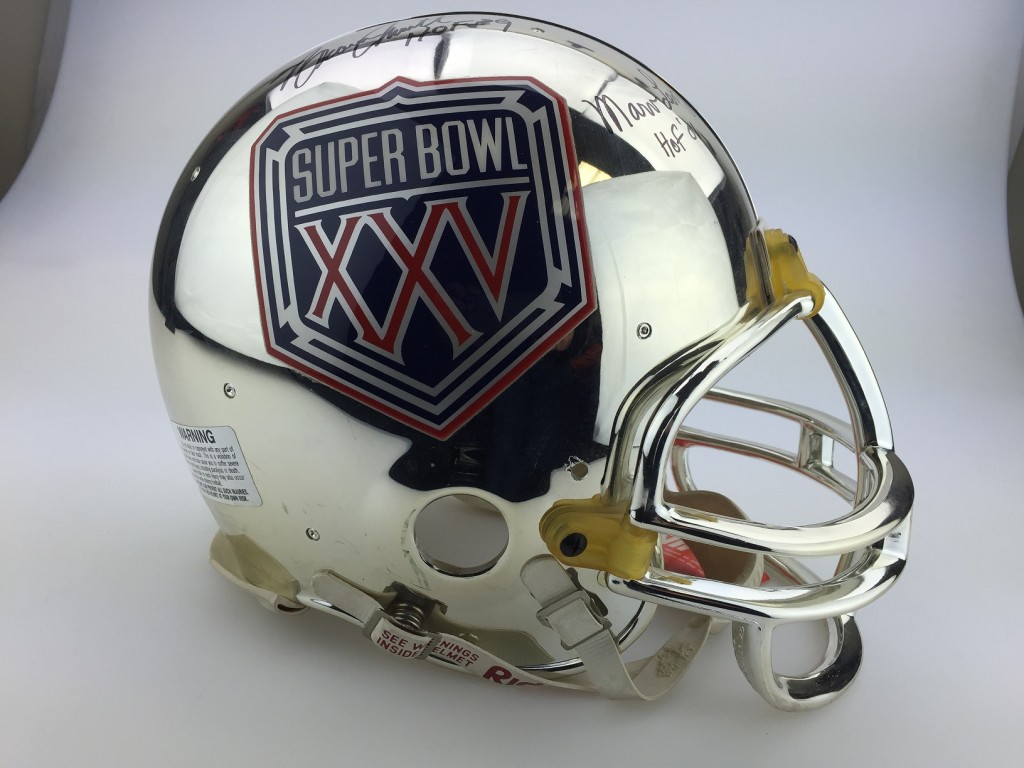 It’s a chrome Super Bowl 25 Riddell helmet. These reflective, silver-colored helmets were probably produced in honor of the silver anniversary of Super Sunday in 1991. It’s in really good shape for its age with just some yellowing of the plastic brackets that hold the face mask and some minimal surface scratches.

The helmet features autographs from two Hall of Famers that were part of the Buffalo Bills team that lost Super Bowl 25 on a missed field goal by Scott Norwood. 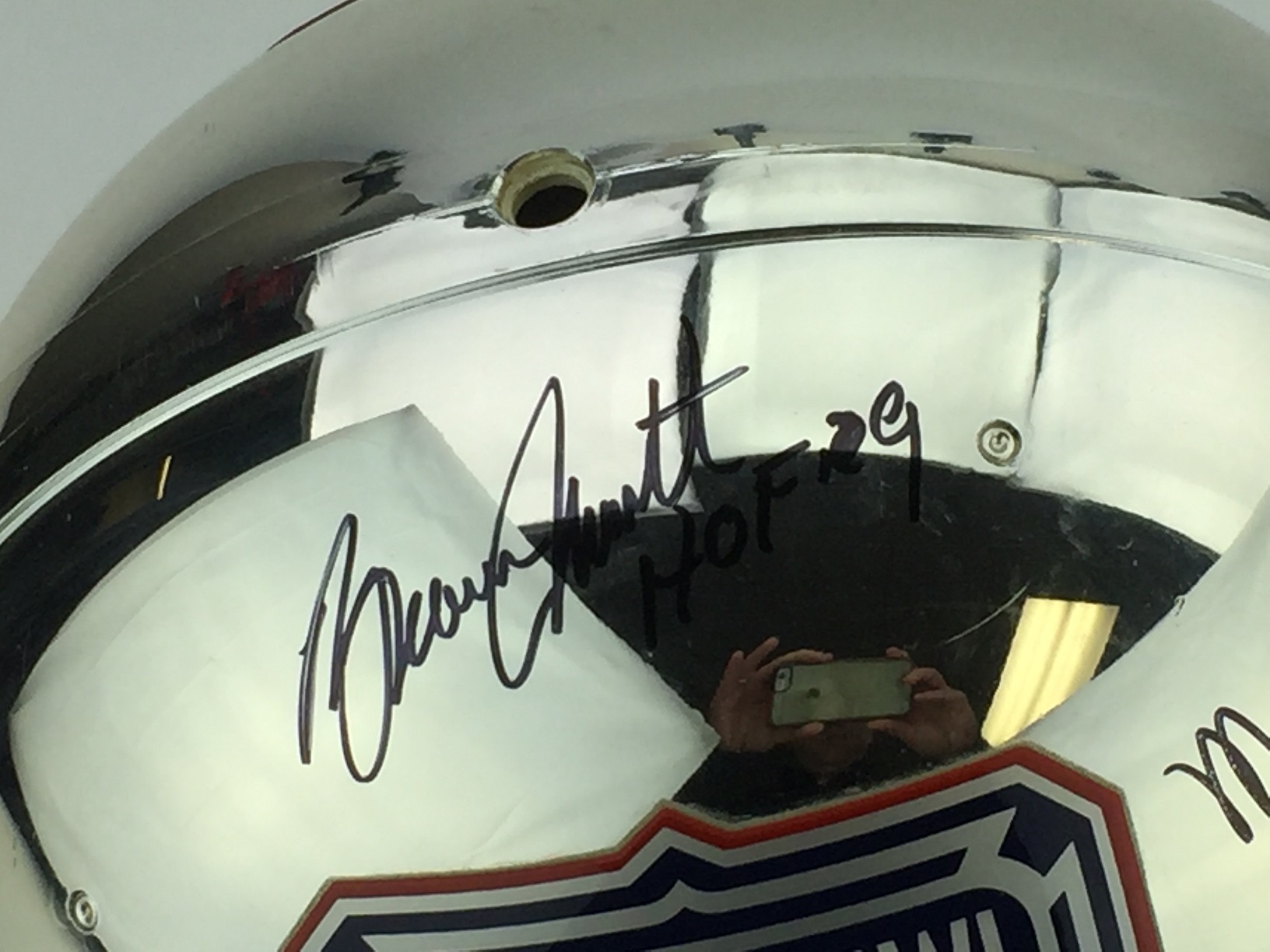 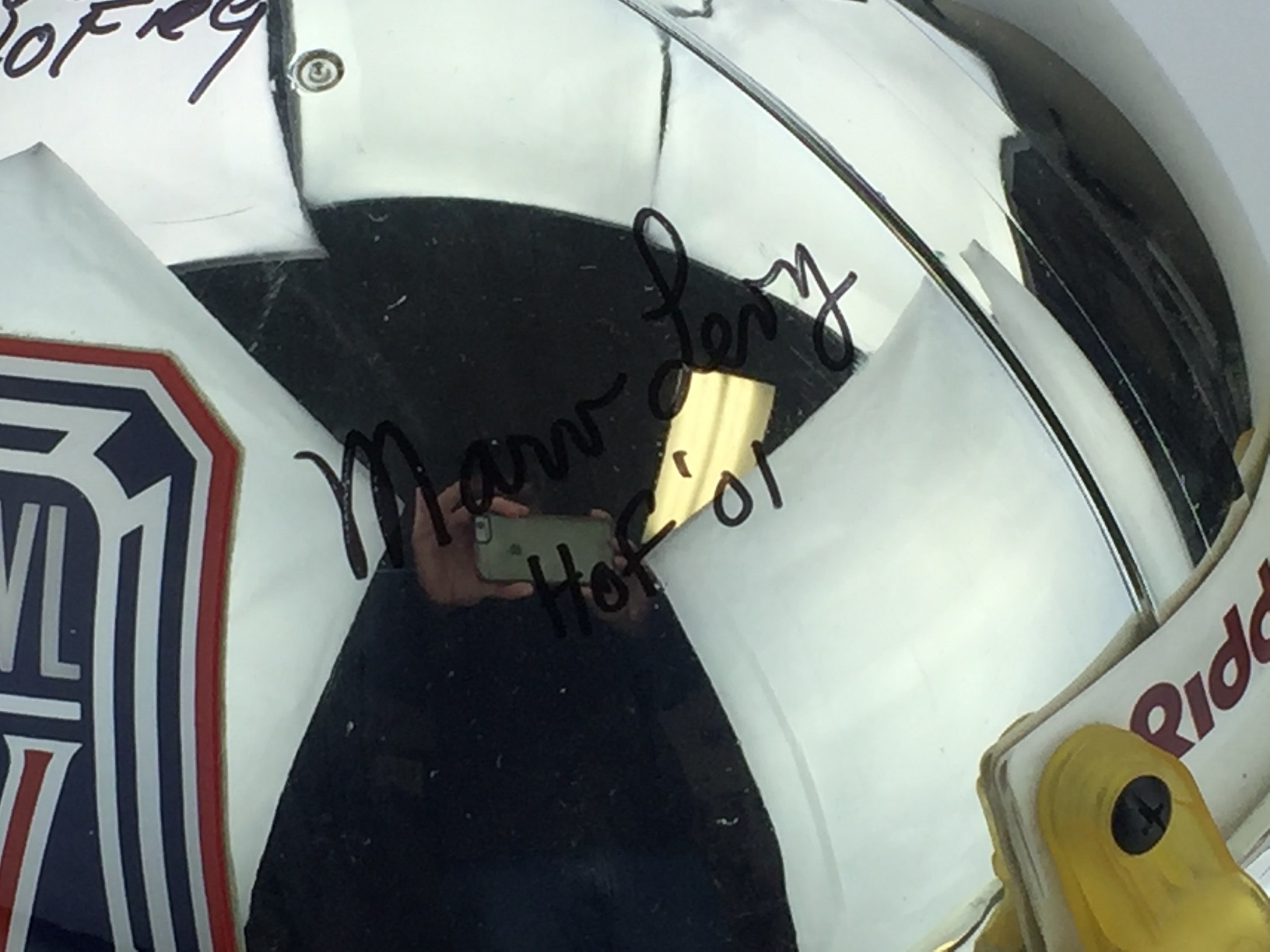 Defensive end Bruce Smith and head coach Marv Levy both signed the helmet along with an inscription of their respective Hall of Fame induction years. Our sports memorabilia department is planning on adding more HoF Bills autographs to this helmet, including Andre Reed.

Despite the Bills losing all four Super Bowls they played in during the 1990s, the team from that era is still beloved in Buffalo and Western New York. Part of that probably comes from the fact that the Bills haven’t played in a playoff game in more than 15 years. For which ever reason memorabilia from that time is still very popular with Bills fans. 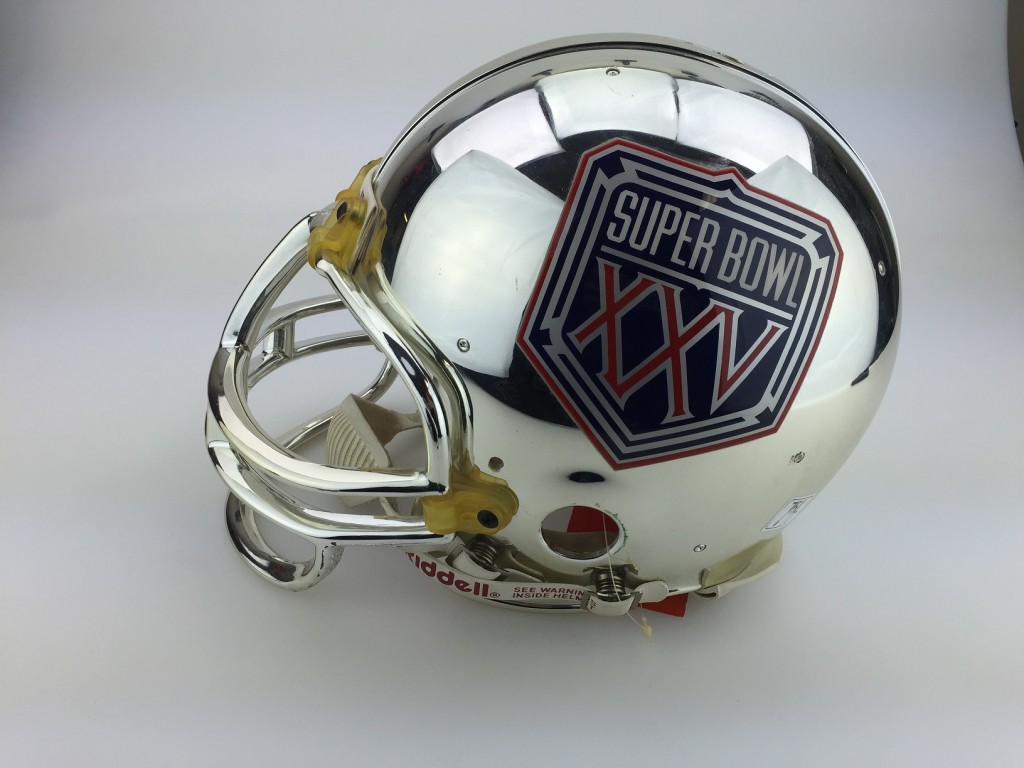 Dave and Adam's is one of the largest sellers of trading cards and collectibles in the world. Located just outside of Buffalo NY, the company operates two retail stores as well as the e-commerce website www.dacardworld.com
View all posts by Dave and Adam's Card World →
Panini teases 2016 Flawless Soccer
DACW Live’s Hockey Trade Deadline Day contest